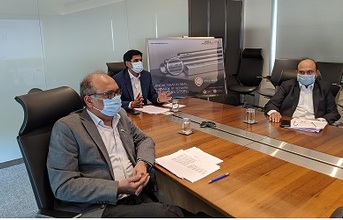 Jindal Stainless has announced the launch of the second phase of its nationwide pipe & tube (P&T) co-branding program ‘Jindal Saathi 2.0’. The second phase of this initiative comes after a successful phase 1, launched by the company in July 2019, to address the issue of counterfeiting in the stainless steel P&T market. The Company aims to increase its market share to 60% in the P&T segment by the end of FY2021-22. According to industry estimates, the current market size of the P&T segment is approximately ₹7000 crore, and is growing at a rate of 10-12% annually.
Buoyed by the success of Phase 1, which took the Company’s market share in this segment from ~44% to ~50%, Jindal Stainless has expanded the scope of the program from 28 cities in Phase 1 to over 270 cities and towns in Phase 2. These include metros and tier I & II cities, which house major and minor P&T markets. The Company is also reaching out to local fabricators to sensitise them about counterfeit supplies in the market.
Commenting on the launch of Phase 2 of the co-branding initiative, Managing Director, Jindal Stainless, Abhyuday Jindal said, “Phase 1 of the Jindal Saathi campaign has by far exceeded our expectations. We’ve been able to bring down the share of counterfeit supplies in the market from 25% last year to 20% this year. As industry leaders, we consider it our responsibility to safeguard the benchmarked international quality standards set by Jindal Stainless and our partner manufacturers. The counterfeit industry not only harms us, but also the MSMEs operating in this segment, which constitute around 75% of the total P&T market.”
END