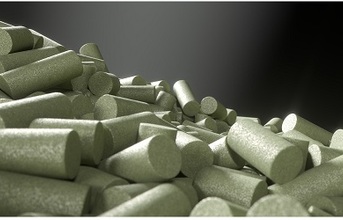 Clariant has announced the construction of a new state-of-the-art catalyst production site in China. This project represents a significant investment which further strengthens Clariant’s position in China and enhances its ability to support its customers in the country’s thriving petrochemicals industry.
The new facility will be primarily responsible for producing the Catofin catalyst for propane dehydrogenation, which is used in the production of olefins such as propylene. Thanks to its excellent reliability and productivity, Catofin delivers superior annual production output compared to alternative technologies, resulting in increased overall profitability for propylene producers. Construction at the Dushan Port Economic Development Zone in Jiaxing, Zhejiang Province is scheduled to commence in Q3 2020, and Clariant expects to be at full production capacity by 2022.
“As we have defined the right portfolio for Clariant’s focused growth strategy, it is now vital that we invest in these core high-value specialty businesses, such as catalysts, to put them in the strongest possible market positions. China continues to be a growth market with attractive prospects for Clariant. This investment will be of great benefit to our company’s positioning and customer proximity in the entire region and hence, together with the One Clariant campus, marks another cornerstone of Clariant’s “Fringe to Core” strategy execution”, said Hans Bohnen, Chief Operating Officer at Clariant.
The new plant in Jiaxing will be Clariant Catalysts’ most digitized facility to date, incorporating sophisticated automation systems throughout the production process. Once completed, it will be Clariant’s third catalyst production plant in China. It will strengthen Catalyst’s existing network, which comprises a joint venture facility with the North Huajin Group in Panjin as well as a fully-owned Clariant facility in Jinshan, Shanghai.
Stefan Heuser, Senior Vice President and General Manager at Clariant Catalysts, expressed the importance of the new facility, stating, “The Jiaxing Catofin plant is a key component of our China strategy and further improves our commitments to the country’s growing PDH market. It is another example of how we continue to strengthen our presence in the region in order to expand our local capacityto meet our customers’ needs.”
China is the world’s leading producer of on-purpose propylene. The nation’s production volume accounts for around 50% of total global capacity and is expected to continue rising by 8% annually. Consequently, the first phase of the new plant will focus on meeting China’s PDH requirements through Catofin production. In the future, Clariant may expand manufacturing capabilities at the site to offer further catalyst technologies relevant to China’s chemical industry.
Catofin is a highly reliable and efficient dehydrogenation catalyst for the production of olefins, such as propylene or isobutylene, from light paraffin feedstocks. The catalyst is used in combination with Clariant’s Heat Generating Material, which further increases the selectivity and yield of production units.
END