A much needed awards platform for the plastics industry 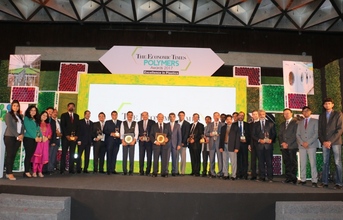 Worldwide Media Pvt Ltd (WWM) organized THE ECONOMIC TIMES POLYMERS Awards, first of its kind red carpet award ceremony for the plastics industry on January 19, 2017 at Hyatt Regency, Mumbai. The who’s who of the plastics industry gathered under the single roof to celebrate the success of the winners. In the glittering ceremony the awards were bestowed upon the winners who excelled in the use of plastics in the categories of automotive, agriculture, recycling, consumer durables, packaging and building & construction.

Besides rewarding the innovations, WWM also acknowledged contribution of the CEOs and industry leaders through People’s Award. Ashish Baheti, Managing Director, Vectus Industries was announced as The ET POLYMERS Entrepreneur of the Year 2017 while Mr. Anil Jain, Vice Chairman & CEO, Jain Irrigation Systems Ltd was rewarded as CEO of the Year 2017. The Lifetime Achievement Award for the year was bestowed upon to Vimal Kedia, Managing Director, Manjushree Technopack. Kailash Murarka, Chairman, Plastivision 2017 was recognised for his Outstanding Contribution to the Indian Plastics Industry.