In an exclusive interview Nitin Gadkari, Union Minister, Ministry of Road, Transport and Highways, Government of India talks about a range of issues – from charging infrastructure to government’s assistance at various stages— that will take India’s e-mobility dream to the next level. While speaking with Rahul Kamat, he urges India’s automakers to ensure maximum recovery of plastics and other composites materials on scrapping of vehicles 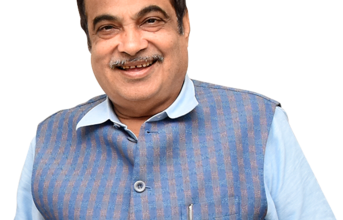 What is your vision and efforts for e-mobility in India and how soon we could see India moved from a country powered largely by vehicles with fossil fuels to predominantly run on electricity?

E-mobility is the future for us which is a highly safer, cleaner and eco-friendly mode of transport. India has surplus electricity and the government intends to have EV cells penetration of 30 per cent for private cars, 70 per cent for commercial vehicles, 40 per cent for buses and 80 per cent for two and three-wheelers by 2030. We don’t need any artificial push for the sale of electric vehicles in India. The economics is so good that due to the low per-kilometre cost, the consumer should naturally shift to buying EVs. Per-kilometre cost of petrol best vehicle is 10/ km, for diesel its 7/km, and for EV its mere 1/km. And, there is a large-scale in-house production demand for small battery-operated EVs like bikes, autos, cars, bicycles in the market.

More and more Original Equipment Manufacturers (OEMs) are offering domestic chargers along with the EVs, making it very easy to charge respective EVs at home. Many world-class EV carmakers are available in India and now the battery capacity, driving range and charging mechanism of electric cars are significantly improving.

Central and state governments are promoting and supporting the EV ecosystem in India through favourable policies, incentives, subsidies, tax exemption, loan facilities on both supplies and demand sides. All the regulations and incentives for the manufacturing of electric vehicles are also in place. Battery operated vehicles have been exempted from payment of fees for issuance of renewal registration certificates and the government has also increased the subsidy by 50 per cent of Rs 15,000 per Kw, on electric two-wheelers to promote its cells.

How the government is supporting EV sector with its friendly policies?

We have facilitated the cell registration of two and three-wheeler EVs without batteries to reduce their upfront costs. We are supporting domestic manufacturing, encouraging localisation of all the EV parts via schemes like production-linked incentive (PLI), our faster adoption and manufacturing of hybrid and electric vehicles (FAME II) scheme with an outlay of Rs 10,000 crore supports electric two and three-wheelers, buses, and four-wheelers with incentives for commercial registration.

The efforts are going on in the development of indigenous and low-cost EV battery technologies. Research is also in full swing for hydrogen fuel cell technology. The government has allocated Rs 18,000 crore for the manufacturing of advanced battery cells. We intend to shift public transport mode and logistics on electricity.

The government has sanctioned Rs 18,000 crore to support the expansion of public bus transport services where the procurement of electric buses seems to be the more economically viable choice. In the next two to three years mass production of EVs will lead to the same capital cost compared to petrol and diesel versions today due to economies of scale. I am confident that by the end of this decade, there will be a significant penetration of electric vehicles in the Indian transport sector.

One of the challenges for e-mobility is charging infrastructure. Companies say it’s a chicken and egg situation. How does the government is addressing this concern on a mass scale and how private players could work with the government?

The government (Central) is promoting two important measures to manage the EV charging load. The first measure promotes the use of renewable energy to charge the EVs, which will reduce the load on transmission and distribution networks. The FAME II policy also links renewable energy sources with electric vehicle charging infrastructure. The second measure includes introducing the time of day charge for EV charging, and we have abundant solar energy and solar-generated electricity charges are low and ensure a zero-carbon emission cycle.

The cost of generation of electricity from solar energy is less than Rs 2/kw hour, and we can fulfil the domestic EV charging infrastructure through a rooftop solar system. Ministry of Power has now allowed the sale of electricity as a service for charging electric vehicles and notified EVs charging guidelines and specifications. This has allowed a way to bring massive investments into envisaged charging infrastructure.

The Ministry of Housing and Urban Affairs has made amendments in Model Building Bylaws and Urban Regional Development Plans Regulations and Implementations Guidelines making provision for electric vehicle charging infrastructure. We have now made it compulsory to include EV charging stations along highways in this regard.

Energy Efficiency Service Ltd (EESL), has entered a Memorandum of Understanding (MoU) with the National Highways Authority of India (NHAI) to facilitate the establishment of EV charging solutions and stations in the next five years. It is planned to develop charging stations or infrastructure at 600 locations. The government has permitted to set up EV charging points across 69,000 petrol pumps across India.

Department of Heavy Industries has already awarded work of establishment of EV charging stations for 16 national highways and expressways. Feasibility studies are underway to identify more such locations along the highways. The private players need to explore alternatives such as battery swapping services, EVs on rent and we can also develop alternative charging options by utilising the existing electrification infrastructure at metros, railways, and solar parts. It is ultimately a game of economies of scale. EVs will be viable due to their low-cost economics and similarities. The charging stations would also be equally viable and effective due to the same economics.

What is the government’s plan to become Aatmanirbhar in electric batteries?

One of the major barriers to switching to EVs is cost. In that cost, lithium batteries account for 50 pec cent. Although there has been a significant reduction in battery prices over the last few years, still EVs are not able to achieve cost parity with their equivalent IC engine vehicles.

The main focus to make EVs more affordable is the life cycle cost of lithium as an element per Kw hour. The current pricing of lithium is in the range of $140-150 per kw hour. The moment this cost comes down in the range of $100, EVs will be as competitive as petrol and diesel engine vehicles. Our research and academic institutions like ISRO, DRDO and IITs are working hard for the development of indigenous and low-cost battery technologies for EVs and we can generate an 81 per cent value of lithium oil batteries in India.

Further, I am personally pushing for research on alternative battery chemistries such as sodium ion and aluminium ion batteries and hydrogen fuel cells. Low-cost raw materials can be made available from the scrapping of old vehicles metals like aluminium, lithium. Rare earth metals such as neodymium are also extracted which is used as NDFE magnets in EVs.

Although there has been a significant reduction in battery prices over the last few years, still EVs are not able to achieve cost parity with their equivalent IC engine vehicles