He’s triumphed over the perfect storm once but Vinod K. Dasari, MD, Ashok Leyland, is already preparing for the next one even though the sailing’s been absolutely smooth in the recent times. 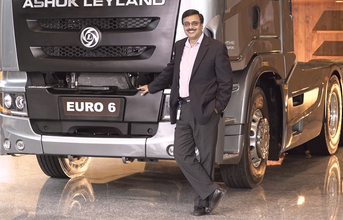 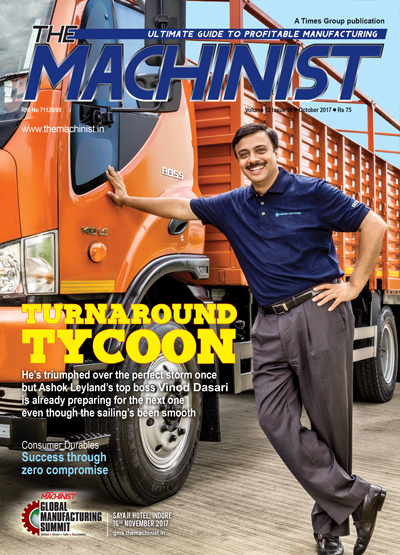 I must confess that I approached my interview with Vinod K. Dasari, MD, Ashok Leyland, with a bit of a bias. I was anticipating to meet a person who would be very serious and stiff in his approach to the interview. I was wrong! While being a thorough professional, Dasari came across as a very affable and down to earth person. A few minutes with him and I realised that he is a knowledgeable person who is always prepared to face any question or challenge without losing his composure or smile.

Dasari started his journey with Ashok Leyland way back in 2005 as the Chief Operating Officer. “It’s unusual for a young person to join at a senior level in this Company. So, that had its own bit of challenges. But once you get into it, people accept you for who you are. It was a great learning experience from 2005 to 2008. In 2008, I became a whole-time director. In fact, even before I had joined, the discussion was that if you perform well and if you learn well, you will have the opportunity to become the Managing Director. So, whatever was said was coming my way,” he shares.

Although Dasari became the Managing Director in 2011, his predecessor was still involved in the top level decision-making process as the Executive Vice Chairman. The predecessor stepped down in 2013 giving complete charge of the organisation to Dasari.

Trial by fire
“It was truly a trial by fire,” he recalls. I assume that he is referring to the economic scenario in the market and say so but he reminds me that the cyclical nature of the market is something that the commercial vehicles (CV) industry is used to. “It goes up and down for us all the time.” There is something else and it is far more critical.

To give a proper perspective and insight, he takes me down the history of Ashok Leyland. From 1948 to 1955, the Company was just making cars as Ashok Motors. From 1955 to 1987, it had a joint venture with British Leyland so it became Ashok Leyland. Till then, it was okay as all the technology was coming from UK. From 1987, Iveco bought British Leyland’s shares and owned 51 percent stake in the Company. So, technology was still coming from outside. But in 2007, the Hindujas acquired the shares of Iveco.

And suddenly, there was no more technology available! Obviously, Ashok Leyland had to invest a lot in technology and it hurt the finances badly. Dasari explains: “To give you a perspective, whatever we had invested in the first 60 years, we invested double that amount in the five-year window of 2008-2013. In a manufacturing company, when you invest so much and invest so fast, your fixed cost goes up very high. The second problem was that all this investment was funded by debt. So, our debt, which was always 1:1 or less than one, had gone up to almost 1:2.4.  The total debt at that time was Rs. 6,800 crore! I used to tell people at that time that every morning I had to sign a cheque of one-two crore rupees as interest before I had my cup of coffee!”

The CV market dynamics in the country were also changing drastically. What was once a two-player market was now filled with eight to ten new players. “And then the market collapsed,” Dasari says. “So, we had a situation when the market was collapsing for not one year but for two years in a row. In a large manufacturing company, if you don’t get volumes, you are just destroyed. On top of it, with so many players, the pricing would be very bad because everybody wanted something sold for them,” he adds.

What would you call a period when the pricing was bad, volumes were bad, debt was high and the breakeven level was also very high? Dasari calls it the ‘Perfect Storm surrounding the Company from all sides’! To tackle with this storm, the Company undertook a massive transformation exercise. As part of this exercise, Ashok Leyland under Dasari decided that it will not just cut on the cost but will also invest in the future. In that period, it developed products like Boss and Captain.