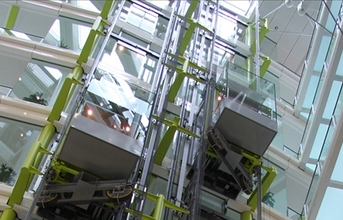 India’s elevator and escalator market, which has grown in step with the country’s rapid economic development, is now the world’s second largest, next to China. Annual demand rose to 47,000 units in 2014 and is expected to continue growing.

In 1995, Mitsubishi Electric began selling elevators through local distributors. In August 2012, it established a company in Chennai to reinforce sales, installations and maintenance, and in April 2014, Mitsubishi Electric launched the NEXIEZ-LITE elevator model for low- to mid-rise buildings in the India’s market.

Bangalore is located in southern India, where an increasing number of enterprises in fields including the IT industry are setting up operations. By producing locally, Mitsubishi Electric expects to strengthen product competitiveness in terms of price and delivery time, focusing especially on its NEXIEZ-LITE model. A special emphasis will be placed on the efficient integration of sales, manufacturing, installation and maintenance.

Product development will be reinforced with an elevator test tower, approx. 41 meters high, and field-training center for installation and maintenance work on the premises of the new factory. The enhanced education of engineers is expected to further elevate the quality and reliability of products and services, ultimately for increased customer satisfaction.