Tesla Assured of Lower Cost of Manufacturing Vehicles in India 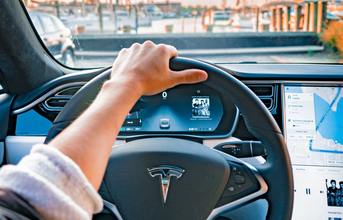 India is ready to offer incentives to ensure Tesla's cost of production would be less if the carmaker commits to making its electric vehicles in the south Asian country, informed Nitin Gadkari, Minister for Transport.

Gadkari's pitch comes weeks after  Tesla registered a company in India in a step towards entering the country, possibly as soon as mid-2021. Sources familiar with the matter have said Tesla plans to start by importing and selling its Model 3 electric sedan in India.

"Rather than assembling (the cars) in India they should make the entire product in the country by hiring local vendors. Then we can give higher concessions," Gadkari said in an interview.

"The government will make sure the production cost for Tesla will be the lowest when compared with the world, even China, when they start manufacturing their cars in India. We will assure that," he said.

India wants to boost local manufacturing of electric vehicles (EVs), batteries, and other components to cut costly imports and curb pollution in its major cities.This comes amid a global race by carmakers to jump-start EV production as countries work towards cutting carbon emissions.