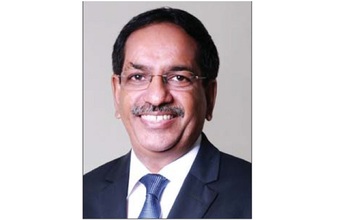 Sterlite Power has announced the appointment of Amitabh Prasad as CEO, Sterlite Power Brazil. After two years of association with the company in various leadership positions, Ricardo Cleber Zangirolami has decided to step down from the CEO position due to personal reasons. He will continue to support the company in his capacity as member of the Advisory Board with focus on M&A, Regulatory and Legal. These changes are effective February 1st, 2021 subject to necessary approvals.
Amitabh is a seasoned industry professional with over 25 years of experience in leadership positions across power and infrastructure sectors. Over the last three years, Amitabh has successfully led the Global Supply Chain function for Sterlite Power across India and Brazil, including his role as Board advisor for Sterlite Power Brazil. Given his leadership acumen and strong project execution expertise, Amitabh will play a key role to further strengthen the company’s operations in Brazil, together with the strong Brazil leadership team.
Commenting on the appointment, Pratik Agarwal, Managing Director, Sterlite Power, said “We are happy to announce the appointment of Amitabh Prasad as CEO of our Brazil operations. He has been closely associated with our Brazil operations since inception. His familiarity with the market and his strong execution expertise will be of great value as he steers our team ahead guided by our core purpose to contribute towards the Brazilian national grid.”
He further added, “Ricardo has been an integral part of Sterlite Power’s journey in Brazil and has played a significant role in implementing important assets and transactions for the company. We support his decision to step down on personal grounds, and welcome him to his new role as member of the Advisory Board.”
Prior to joining Sterlite Power, Amitabh has held leadership roles in Indian, African and European markets for organizations like Airtel, British Telecom, Ericsson, Tata, DuPont and Xerox. Amitabh holds a Bachelor of Engineering Degree from BIT, Sindri and Masters in Business Administration from FMS, Delhi with Global Advance Management Diploma from Kellogg School of Management, NWU.
END