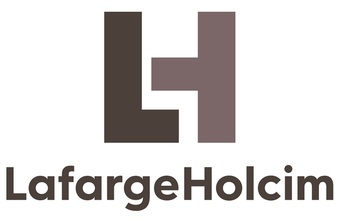 As part of its net zero roadmap, LafargeHolcim aims to reduce its scope 2 emissions by 65% by 2030 compared to its 2018 baseline.

LafargeHolcim has announced its CHF 100m investment in India in waste heat recovery systems to accelerate its net zero journey. This investment across six sites will be completed in the next two years, doubling LafargeHolcim’s waste heat recovery systems, which use thermal heat to produce decarbonized electricity.
As part of its net zero roadmap, LafargeHolcim aims to reduce its scope 2 emissions by 65% by 2030 compared to its 2018 baseline. This objective will be delivered through a number of measures, from waste heat recovery to investing in renewable energy. Scope 2 includes indirect emissions from the generation of purchased electricity consumed in the company’s owned or controlled equipment.
The company is actively partnering with power producers worldwide to install renewable energy facilities across its sites and increase its share of renewable energy from the grid. For example, LafargeHolcim has installed wind turbines at its Paulding plant in the United States that eliminate at least 9,000 tons of CO2 annually. In Argentina, over 30% of electricity comes from renewable sources. Most recently in Leffe, Belgium, the company is setting up a wind power plant that will supply more than 75% of its quarry’s electricity.
Magali Anderson, Chief Sustainability Officer, says: "On our net zero journey, we set ourselves an ambitious scope 2 target. I am very excited to see India leading the way by investing CHF 100m in waste heat recovery. This major step forward builds on our procurement teams’ work in renewable energy.”
“Procurement plays a key role in LafargeHolcim’s climate action. That’s why we are engaging in a number of renewable energy partnerships around the world to install wind turbines and solar panel farms to power our sites. In addition, we are purchasing energy from renewable sources wherever it is feasible,” adds Mario Gross, Chief Procurement Officer.