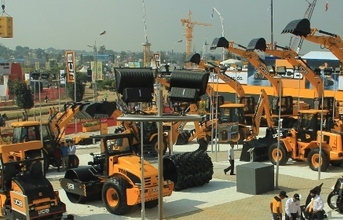 The domestic mining & construction equipment (MCE) industry has staged a smart recovery since late June 2020, posting a YoY growth of 20-22% in Q3 CY2020. Though growth is still lower by 14% compared to Q3 CY2018 levels, it is significant considering the deep demand contraction of ~40% in H1 CY2020. As per ICRA’s update, demand for the all-purpose backhoes recovered much faster than demand for other equipment like excavators. Supporting factors like strong project awards in the road sector, timely release of payments to contractors for all Central Government projects and a few state projects (in North India); and a strong rural demand (for agriculture and housing) aided recovery. The ratings agency in May ’20 had estimated a sharp 15-20% decline in industry volumes during CY2020 but considering the demand revival since July ’20 and the continued market momentum in November ’20, substantiated by dealer check-ins, the decline now is estimated (revised) to be lower - at 12-14%. And, it expects the next year, CY2021 to witness a healthy 20+% volume growth.
Pavethra Ponniah, Vice President and Sector Head, ICRA said: “The MCE industry’s recovery in H2 CY2020 is steeper than -expected. Our channel check with dealers has indicated that strong footfalls and conversions continue in November ’20. However, sustainability of volumes remains a function of underlying economic activity and Government finances. Besides, resurgence in Covid-induced urban lockdowns and the prolonged economic weakness running into four quarters will also play their part. Weak state finances have impacted state capex which accounted for ~40% of the total country’s outlay. This is a significant demand driver.”
END