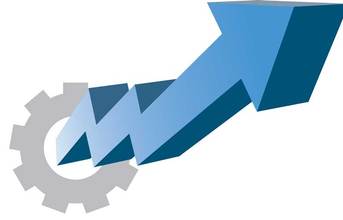 Looking beyond the first quarter (2020-21) GDP numbers, the rate of decline in output of key core segments of the economy has been arrested significantly in subsequent periods, if not completely stopped, an ASSOCHAM analysis has shown.
Cement, steel, coal and crude oil which suffered heavy drop in the three-month period of April-June in the midst of severe lockdown, witnessed major recovery in July 2020, even though the annualised numbers reflect contraction.
After a contraction of 15 per cent in the Q1 of 2020-21 over the same quarter in the previous fiscal, coal production dropped at a much lesser pace of 5.7 per cent in July, analysis of the official data shows. Likewise, cement output in July dropped year-on-year by 13.5 per cent after witnessing a sharp contraction of 38.3 per cent in the Q1.
"Even as we are waging an unprecedented war against Covid-19; to safeguard human lives and making best possible efforts to minimise the economic impact, key sectors of the economy are responding well to the new normal.  Whether it is a factory shop floor workman or an office-goer, or a CEO, they are finding ways to cope up with the new reality. Steady restoration of confidence should help, going forward," ASSOCHAM secretary general, Deepak Sood said.
Fall in steel output too has been arrested to 16.4 per cent in July, after the drop of 56.8 per cent for the April-June period. The ASSOCHAM analysis, however, takes production and consumption at the same level for absence of data about the possible inventory.
Within the broader index of industrial production, manufacturing has the largest of the weight. Having fallen off the cliff by 40.7 per cent during the April-June quarter, it is likely to witness a rebound when July IIP data is released, turnaround to positive growth trajectory could be some time away. Data dissection showed that for June itself, the fall was 17.1 per cent, against 40.7 per cent fall in the Q1 period.
"Things are surely challenging, but certainly not alarming and we will reshape quite well. This is not to under-estimate the unknowns about the pandemic. We hope a break-through in vaccine is achieved sooner than later," said Mr Sood, adding he has full confidence in the scientific capabilities of Indian scientists, doctors and the pharmaceutical industry.
Other vital sectors of the economy like electricity and construction too are expected to restore much of their lost traction.
The agriculture and allied sector which remains the bright spot, even in the challenging times, is likely to retain the positive trajectory, leaving crucial advantages to sectors like tractors, chemicals, fertiliser, two-wheelers and non-discretionary consumption.
END