Through this SPV, the company will execute a large inter-state transmission system (ISTS) project 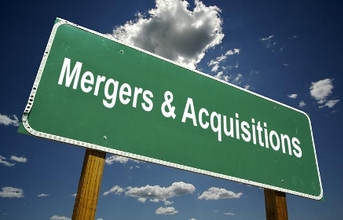 Part A involves setting up 35 ckm lines in Gujarat to help distribute renewable energy being generated in the state to a wider set of consumers.

Part B aims to establish a 1000 MVA substation in Vapi along with 51 ckm of lines to bring clean nuclear power from Kakrapar Atomic Power Plant in Gujarat for further distribution across the Union Territories of Daman, Diu and Dadra Nagar Haveli.

Part C aims to set up 179 ckm of lines for critical system strengthening and decongesting the evacuation system in Navi Mumbai area.  The link brings an ISTS feed of about 1000 MW into the Mumbai region to cater to its growing energy requirements which is expected to increase owing to Navi Mumbai Airport and Navi Mumbai SEZ, coming up in the region.

The North Eastern Region Strengthening Scheme–IX (NERSS-IX), on the other hand, involves strengthening of the north-eastern transmission network by setting up 85 ckm of lines in the states of Assam and Arunachal Pradesh. The transmission system will facilitate the evacuation of hydro power from 110 MW Pare Hydro-Electric Project situated in Arunachal Pradesh, thereby playing an instrumental role in boosting the green energy agenda of the country.

Commenting on the acquisition, Pratik Agarwal, Managing Director, Sterlite Power, said, “Integrating renewable energy to the grid is the need of the hour. This single project with its various sub-elements brings in clean and green energy from solar, nuclear and hydro for people across the western and north eastern region in India. Further it will play a key role in decongesting the Navi Mumbai transmission corridor while catering to the ever-growing needs of the financial capital - Mumbai. Through such strategic projects, we are happy to be building the renewable energy lifeline for the country.”

Sterlite Power is already constructing its other transmission assets in the states of Maharashtra, Gujarat, Assam and Arunachal Pradesh, including critical corridors that are part of India’s Green Energy Corridor (GEC).