Anno Borkowsky appointed to the Lanxess Board 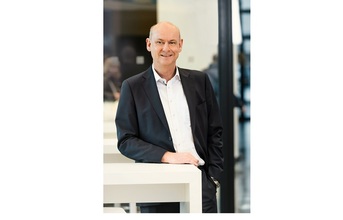 With the appointment of Borkowsky, the Board of Management of Lanxess AG will be expanded to five members.

The Supervisory Board of Lanxess AG has appointed Anno Borkowsky (60) to the Board of Management of the specialty chemicals company, effective June 1, 2019. In his new role, Borkowsky, who holds a doctorate in chemistry, will take responsibility for the Specialty Additives segment. Currently, he is heading the Additives business unit at LANXESS.

Lanxess Chairman of the Supervisory Board Matthias L. Wolfgruber: “With Anno Borkowsky, a highly experienced LANXESS manager will join the company's Board of Management. In numerous projects, he has proven his distinct sense for business and products.”

Lanxess Chairman of the Board of Management Matthias Zachert: “The additives business has become increasingly important for Lanxess in recent years – not least due to the acquisition of Chemtura. This is now reflected in the creation of a new area of responsibility within the Board of Management. As a leading additives supplier, we still have many more plans, and Anno Borkowsky is the right man to further expand our position here.”

Anno Borkowsky, born in Cologne in 1959, studied chemistry at the University of Cologne, where he received his doctorate in 1989. He joined Bayer AG in 1990 and became Managing Director of Rhein Chemie Rheinau GmbH in Mannheim after having worked in the United States of America for several years. In 2004, he became head of business unit Rhein Chemie as part of the establishment of the Lanxess AG. In 2017, he took over as head of the newly formed business unit Additives. Borkowsky is married and has 3 children.