Over 1500 participate in VW’s ‘Hunt for Champions’ 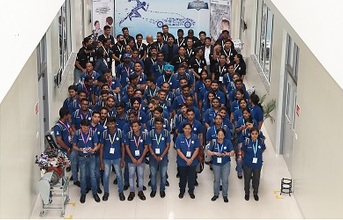 Volkswagen has announced the conclusion of its Fifth Season of ‘Sarvottam: Hunt for Champions’, an annual skill development programme. Started in 2012-2013 as RQWC-Retail Qualification World Championship, the programme aims to further invest in enhancing the skill sets of its dealership employees across Volkswagen network in India. This Season awarded a total of 24 finalists that participated under eight different categories such as - sales consultants, service advisors, lead CR Sales, lead CR Service, parts manager, master technician, body and paint technician.

The Sarvottam Skill contest witnessed a total participation of 1500+ Volkswagen dealership employees across its network in India. The entries were further filtered from the online round to the regional round wherein 288 champions were identified to participate at the zonal round. Post competing in the rigorous competition, 72 contestants emerged eligible to compete for the coveted winner’s trophy that was hosted at the Volkswagen training academy in Chakan, Pune. The winners were awarded by Steffen Knapp, Director, Volkswagen Passenger Cars at the Sarvottam National Conference in Mumbai.