With 242 exhibitors from 10 countries, the machine tool exhibition attracted 11,279 visitors from various industries 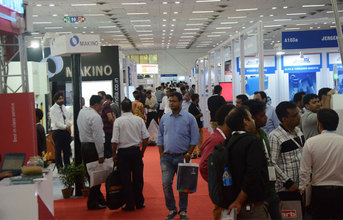 Along with Delhi & NCR, the event attracted impressive number of delegates and visitors from the Tier II and Tier III cities such as Jagadhri, Sangrur, Rudrapur, Chandigarh, Ludhiana, Jalandhar, Manesar, Faridabad, Panipat besides visitors from the neighbouring states of Rajasthan, Uttar Pradesh, Himachal Pradesh, Uttarakhand and others.

Expressing his views over the success of the event, V Anbu, Director General and CEO IMTMA said, “We are happy to share that the second edition of the Delhi Machine Tool Expo, the fourth in the series, was a success. The exhibitors were also happy that the show managed to attract visitors from smaller manufacturing hubs from northern region. This further gives impetus to our idea that the regional machines tools are the way forward to address the requirements of the Original Equipment Manufacturers, as well as component manufacturers in the Tier II and Tier III cities.”