Soaring to a New Stratosphere 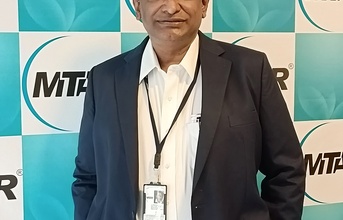 Pick up any business magazine or tune in to any news broadcast from the past five years in India and it will all be about how this decade has been the golden era for the country’s manufacturing. We had initiatives such as ‘Make in India’ and ‘Atmanirbhar’ being the guiding lights for industries and the government putting a firm control on defence imports by emphasising indigenization. But these are not new concepts. Well before ‘Make in India’ became the manufacturing mantra, one company – planted from the very seed of indigenization in the 1970’s- thrived and bloomed into a perfect example of what India and Indian technology was and is, capable of.

MTAR Technologies is a leading precision engineering solutions company engaged in the manufacture of mission critical precision components with close tolerances (5-10 microns), and in critical assemblies, to serve projects of high national importance, through its precision machining, assembly, testing, quality control, and specialised fabrication competencies, several of which have been indigenously developed and manufactured. The Hyderabad based company primarily serves customers in the nuclear, space and defence and clean energy sectors, and has significantly contributed to the Indian civilian nuclear power programme, Indian space programme, Indian defence and aerospace sector, global defence and aerospace sector, as well as to the global clean energy sector.

“MTAR was born because of the need to Make in India – but in 1970!” Commented Mr Srinivas Reddy, Managing Director, MTAR Technologies Ltd.

The company’s first project was the manufacture of coolant channel assemblies for nuclear reactor cores, as sought out by the Department of Atomic Energy at that time. The department had first approached state-owned HMT Ltd (then Hindustan Machine Tools Limited) for the project, but it declined, saying there was too much complexity involved. Two friends and technocrats, P Ravindra Reddy and the late K Satyanarayana Reddy, took up the challenge with four machines at a small workshop in Hyderabad. And thus, MTAR was born.

“There wasn’t much support back then, so MTAR’s founders co-developed and supplied complex products such as fuelling machine heads, bridges and columns, drive mechanisms and grid plates for the core of nuclear reactors; liquid propulsion engines, cryogenic engine assembly, etc. for space launch vehicles; and base shroud assembly for the Agni programme in defence,” shared Mr Reddy.

MTAR been serving customers in the civilian nuclear sector for over 35 years and has had a close relationship with the Nuclear Power Corporation of India Limited (“NPCIL”) for over 16 years.

“We manufacture and supply specialised products such as fuel machining head, drive mechanisms, bridge and column and coolant channel assemblies, among others, not just for the new pressurised heavy water nuclear reactors, but also for refurbishment of the existing reactors,” Mr Reddy commented.

The company is also a key supplier of mission critical components and assemblies to customers within the space and defence sectors for their programs of national importance.

“Through our long-standing relationships of over three decades and four decades with customers such as the Indian Space Research Organisation (“ISRO”) and the Defence Research and Development Organisation (“DRDO”), we have been able to supply specialised products to the Indian space programme and the Indian missile programme, respectively. For instance, our offerings to ISRO comprised a wide variety of mission critical components and critical assemblies such as liquid propulsion engines, components and assemblies for cryogenic engines, specifically turbo pumps, booster pumps, gas generators and injector heads for such engines, and electro-pneumatic modules to serve its space launch vehicles,” shared Mr Reddy

Within the defence sector, MTAR undertook complex assemblies for the DRDO, including the base shroud assembly (for Agni missiles) and the assembly of secondary injection thrust vector control (“SITVC”) valves and hydraulic fin tip control (“HFTC”) valves. The company also exports critical defence components to Rafael and Elbit.

“Our collaboration with ISRO began with small components and assemblies, and rolling out a rocket engine in 1989, which is still being used successfully!  We are also getting more involved with the space programme,” Mr Reddy added.

But of course, the success or failure of such mission critical components is dependent on the accuracy, precision, and quality of the components employed. For this reason, MTAR utilises  the highest quality standards, advanced manufacturing technologies and techniques to ensure their components fully meet the needs of their esteemed customers.

“Quality is the key parameter here. The products require critical tolerances as they go into nuclear reactors and space launch vehicles, where failure is never an option. The quality norms are stringent, and we haven’t faced a single blemish till date. Criticality and quality are the aspects our products stand for,” Mr Reddy commented.

MTAR has seven strategically based manufacturing units including an export-oriented unit based in Hyderabad, Telangana.

“We currently operate seven manufacturing units, of which three are supporting units and the other four profit centres. We are in the process of establishing an additional manufacturing facility at Adibatla in Hyderabad, which is expected to become operational in FY 2022. This will be a sheet metal facility, which shall allow us to undertake sheet metal jobs for Bloom Energy, ISRO and some other customers,” said Mr Reddy.

“Our capability in measuring and maintaining quality and measurement records at each level of the process is a key enabler. In addition, our facilities are equipped with requisite equipment for dimensional and geometrical inspection to establish micron level adherence to specifications as set by our customers,” he added

Most of MTAR’s manufacturing facilities, including its EOU have accreditations such as the ISO 9001:2015 certification and AS9100D certification (technically equivalent to the EN 9100:2018 and JISQ 9100:2016 certifications) for quality management systems. The facilities at Unit 2 and EOU are certified for 14001:2015 Environmental Management System, ISO 27001:2013 Information Security Management System, and ISO 45001:2018 Occupational Health & Safety, which is a major milestone in its journey towards being a 100 per cent ESG compliant firm.

In September 2021, MTAR received the National Aerospace and Defence Contractors Accreditation Program (Nadcap) certification from Performance Review Institute (PRI) of US for its 100 per cent Export Oriented Unit (EOU) and Unit 5 at IDA Jeedimetla for a period of 12 months, which will be valid until November 2022. Nadcap is an industry-managed approach to conformity assessment of ‘special processes’ that brings together technical experts from prime contractors, suppliers, and representatives from government to work together and establish requirements for approval of suppliers using a standardised approach. Unlike traditional third-party programmes, Nadcap approval is granted based upon industry consensus.

•      Revenue from contracts with customers (sales) increased by 10.9 per cent in comparison with Q1 FY21

“We anticipate a better growth in the coming quarters of FY22 as the pandemic subsides. The order inflows from civil nuclear power, clean energy, space and defence sectors are expected to be accelerated due to the huge national and global market potential available in these sectors,” he added.

If the pandemic has taught us any vital lesson, it is the one of sustainability, of zero emissions and reduced carbon footprints. The most important aspect of clean energy are the environmental benefits as part of a global energy future. While clean, renewable resources also preserve the world’s natural resources, they also reduce the risk of environmental disasters, such as fuel spills or the problems associated with natural gas leaks.  With fuel diversification, through different power plants using different energy sources, it is possible to create reliable power supplies to enhance energy security, ensuring there is enough to meet our demand.

“Clean energy is one of our key customer sectors and we are, accordingly, involved in the manufacturing and specialised fabrication of critical assemblies to customers such as Bloom Energy, Andritz, among others. We supply power units, specifically hot boxes to Bloom Energy USA with whom we have been associated with for over nine years, and currently, involved in the development and manufacture of hydrogen boxes and electrolysers,” Mr Reddy commented

“Whilst people are thinking of clean energy now, maybe accelerated due to the pandemic, we began investing in clean energy at least seven-eight years ago. As far as India goes, we need the right infrastructure in place, for example gas pipelines, to make clean energy a thing of today and not of the future,” Mr Reddy added.

An indigenous defence industry is a vital objective for India given its security environment and strategic objectives. India has a large and growing defence budget and a long history of defence industrial production. However, the country remains heavily reliant on defence imports, particularly for major platforms, while its own exports are extremely meagre.

There have been several partnerships, programmes and initiatives  as part of India's efforts to create a capacity for the development of a domestic defence industry ecosystem. Reflecting the renewed interest in India as one of the world's top weapons markets, a total of 201 memorandums of understanding were inked for product launches and technology transfers during this year's Aero India, up from 50, two years ago. Joint ventures and Indian partners have already generated $600 million worth of exports and produced over $200 million in India industry revenues

“Indigenization has always been there in India- we built our own reactors and are now launching our own satellites. Capability wise, India is right up there with the best in the world. What is needed is that special thrust- which the government is giving now. Indigenization cannot happen overnight in every area, but if we follow the process, we will get there. The best thing the government did was to tell us -STOP IMPORTING, and thus compelling development of our domestic defence sector,” opined Mr Reddy.

A PASSION TO INNOVATE

The road reaching here had its own share of potholes, according to Mr Reddy. The initial challenge was to set up the capabilities required for the development of a product in strategic sectors and the second was the development of products. To address the first challenge, the founders built many machines in-house, instead of importing similar ones from abroad, which resulted in a lot of savings for the company.

“We have built some of the most sophisticated, in-house special purpose machines (SPM) such as SPM-99 and Gantry SPM used for various special operations. Once our facilities were developed, the challenge was indigenising the technology and developing the end product. It was a roller coaster ride as our engineers spent several hours on the shop floor carrying out R&D to come up with certain products.” Mr Reddy added.

“It took many years of efforts to develop the products that we supply today. We are maintaining the same pace to develop future technologies. We strategize three-four years ahead of time to develop a new technology. For instance, we have completed the development of electro-pneumatic modules this year, for which the developmental activity started in 2016,” he shared further.

When asked about the future, Mr Reddy said they intended to increase wallet share in the sectors the company catered to by taking up volume production for developmental orders and at the same time enhance revenues from products that are already into volume production.

“We intend to maintain a healthy mix of developmental-volume production and take up the developmental activity of new technologies. We have the passion to innovate, and the rest is secondary,” concluded Mr Reddy with a smile.