Building on a Good Start

Public-private partnership along with autonomy to both ISRO and private industry was a much needed push forward for higher indigenous content and encouraged initiatives for local material and software as a part of the ‘Make in India’ initiative, says Surendra M Vaidya, Executive Vice President and Business Head, Godrej Aerospace 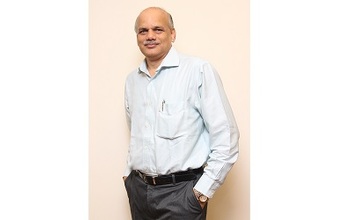 “The government’s ‘Make in India’ initiative, as far as the aerospace and defence sectors are concerned, has certainly gathered momentum with the defence reforms," says Vaidya

Over the last decade, there has been a remarkable growth in the defence aerospace field, and today, the aerospace sector has become a major potential area for manufacturing activities in India. How do you look at the progress in this area, considering the `Make in India’ initiative?
The government’s ‘Make in India’ initiative, as far as the aerospace and defence sectors are concerned, has certainly gathered momentum with the defence reforms, and Indian companies getting the opportunity to prove themselves through privatisation.
Some of the challenges constraining the growth of Indian aerospace industry are lack of raw materials being manufactured in India which meet global aerospace standards, non-availability of requisite machines and tooling, as well as absence of certification bodies, agencies for aerospace of international standards, etc. Therefore, currently the projects available to Indian manufacturers are low on technology and most of them are for structural assemblies and parts.  This is a good start and larger volumes will be essential for getting the return on investment.

How has Godrej’s contributions impacted the sector over the years?
Godrej has been associated with ISRO for the past three decades. The association began with the manufacturing of simple components to ISRO’s requirement and gradually, it progressed into making subsystems for the launch vehicles. We have been manufacturing complex systems such as the liquid propulsion engines for PSLV and GSLV rockets, thrusters for satellites and antenna systems. Godrej Aerospace has also played an integral part in the prestigious Chandrayaan 1&2 and Mangalyaan missions. Godrej & Boyce has been proudly committed to the cause of indigenous manufacturing for India’s space programs which are key to propel India’s technological prowess.
The most important part is that Godrej has shown the capability to develop many manufacturing technologies along with the development that happens at ISRO, and has developed very critical and unique facilities for the first time in India. It takes a lot of effort and time. Gestation period for such facilities is very high and training of personnel is also time consuming. A private industry player like Godrej has shown that kind of passion and patience considering the long time period for recovery of investments. This is the greatest contribution, as in many cases R&D is not successful and one needs to start from scratch again.
Godrej Aerospace has been associated with the BrahMos programme since its inception in 2001. Godrej is a dominant contributor manufacturing most of the metallic sub systems in the BrahMos missile. Besides the main airframe, Godrej supplies control surfaces and nose cap. Godrej also supplies the Mobile Autonomous Launchers, Missile Replenishing Vehicles for the land launched versions. Godrej Aerospace has been manufacturing and supplying complex airworthy systems for aircraft and helicopter applications for more than 10 years for Global OEMs.

How will the recently announced reforms help speed up the ‘Atmanirbhar Bharat’ initiative?
Public-private partnership along with autonomy to both ISRO and private industry was a much needed push forward for higher indigenous content and encouraged initiatives for local material and software as a part of the ‘Make in India’ initiative. This, combined with the Centre’s decision to impose restrictions on import of 101 weapons and military platforms, and creation of a separate budget for domestic capital procurement in the current financial year is the biggest boost that the sector has received and will really get the ball rolling towards the achievement of complete self-reliance.

How will they impact the manufacturing sector as a whole?
The reforms will not only boost domestic manufacturing but also will act as a catalyst in turning around the impact that the ongoing pandemic has had on the sector. The Indian companies who have developed equipment and systems for the defence sector will now get the chance to manufacture in numbers and deliver to the armed forces. This will also open lot of opportunities for the whole supply chain which includes many MSME and SME companies.

What does Godrej have in pipeline for the sector? What are the current projects?
Many of the projects Godrej have been working on have long term orders. These include orders from domestic sector for Liquid propulsion engines for ISRO Launch vehicles, Air frame assemblies for BrahMos and other missile projects, Launchers for BrahMos program etc. Participation in LCA Tejas for import substitution of line replaceable units like primary actuators is another focus area. For the export segment, we are primarily working in civil aircraft segment. We manufacture complex fabrications and brackets in sheet metal, tubings for engines, high precision match set assemblies on fuel management systems, rubber fuel tanks for helicopter platforms, structural assemblies of lightening pods for surveillance and so on for global OEMs.
END