Agri-equipment domain is analogous to any other burgeoning gambit of business with persistent foreplay of product innovation and diversification; two constant factors defining the core characteristic of this industry. By Srinivas P Kamisetty 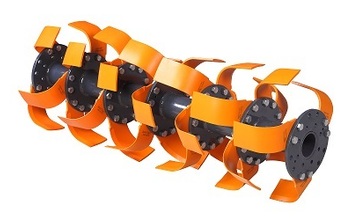 Even from a tad bit retrospection into the history of human evolution, it is evident that the Agri-equipment industry is as old as civilization itself. Evidences of presence of farming equipment can be traced right from Stone Age. Agri-equipment that were then a necessity have now developed into product specializations that have and will continue to evolve only to introduce their smarter generations. Hence this mechanization driven industry will remain a Sunrise-Sector, quite perpetually. As there will be a mere change in the techniques and the technology used from time to time. Similar to most other technology driven domains, the elementary factor bringing about this continuous progression will be 'Time'.
Progressing time brings forth fresh eyes that view technology or mechanization through a new perspective that is cognizant with their requirement; creating blue-print for innovation and technological advancements.
Several new perspectives will emerge and redefine the Agri-equipment industry for that particular point in time; a few prevalent trends that the millennial should watch out for are:
Competitor Partnerships: Proliferation of technology has mandated changes in every sphere of business; behaving as an indirect catalyst to share knowledge and resources that were earlier safeguarded and almost considered criminal to exchange. Two different brands that would consider each other competitors less than a decade ago, are now cooperating and work together. A fine reference to this, is that of Toyota Motor and Suzuki Motor taking up cross-badging route in India.  Under this agreement, the Japanese automobile majors have been manufacturing vehicles for each other in the Indian market enabling them to run their factories with better utilisation rates and therefore effectively reducing costs. Given that this trend has already made headway in the automobile industry, it is not far for its closest cousin, Agri-equipment manufacturers industry to tread on it too.
Cross Pollination: Departments and sectors that earlier had demarcation have shown inclination to blend with one another and adapt to best-practices or lead to the emergence of hybrids. GE (General Electric Co.) practices this very well.  It has a cross-company technical community at its research centres.  One of their popularly quoted examples is that of the healthcare technology being deployed from their aviation factories to inspect new composite ceramic jet engine parts—without a human in the loop, among other such practices. With the increasing demand for Agricultural produce that is directly correlated to mounting population growth, the speed and the agility of Agri-business in India has grown manifolds.  Hence cross-pollination of ideas, practices, technology and resources will be a game changing trend in the mushrooming Agri-equipment industry.
Technological Dominance: Unlike traditional agriculture that was human intensive the fresh leaf of this industry will predominately focus on Technology and highlight ‘Ag-Tech’ as the password to the New Age Agriculture. We see an emergence of Precision Agriculture and the usage of gadgets such as drones that are capable of monitoring and recording minute details such as stress on plants, irrigation, water management and plant population. This will further enable data collection by providing farmers insight into different areas of their farms need; rather than using a one-size-fits-all approach. Additionally, the task of applying fertilizer becomes more easy and efficient, for example, farmers can put resources where they are needed most and save on areas that may need less management. Considering that technological innovations are just at the onset, Agri-equipment players can now model or remodel their product offering to suit this new wave.  It considers technology as the key pivot driving the agri industry, making tech-savvy amenities which were once a luxury, now a necessity.
In conjunction with the above trends several other events will feature in this budding Agri-equipment industry such as job creation, mobilize investible resources, promote agricultural production, value- ads to farm products, attract start-ups, also play an active role in nipping the problem of rural immigration among the others.
To sum it up, Agri-equipment domain is analogous to any other burgeoning gambit of business with persistent foreplay of product innovation and diversification; two constant factors defining the core characteristic of this industry. Such a dynamic industry which provides incessant scope for betterment and change will quite naturally reflect a surge in its life-cycle at any phase of time when it is being referred to.
END

The author is Founder, Paama Agrico.