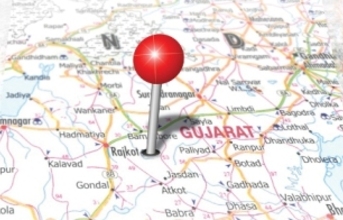 Rajkot, the fourth largest city of Gujarat, occupies the heartland of the Saurashtra region and the Kathiawar peninsula. It is undoubtedly a darling of the manufacturing industry, not only in India, but for various overseas companies too. Interestingly, while it is the 35th-largest urban agglomeration in India, and despite being a heavily industrialised area, it bagged the ninth position for being the cleanest in the country. According to a survey conducted by a global think tank on urban affairs, the City Mayors Foundation, Rajkot is the 22nd-fastest-growing city in the world, and the sixth in line in India.

Historical background from the industrial perspective
Between April 15, 1948 and October 31, 1956, Rajkot was the capital of the state of Saurashtra. In 1956, it was merged with the Bombay State, only to be reincorporated into Gujarat later in 1960. Today, Rajkot forms the central, and a high premium, industrial area in the Saurashtra-Kutch region.

Since decades, Rajkot has remained the leading producer of submersible pumps and diesel engines, which are still manufactured in the city, marketed throughout the country, and exported to the rest of the world.

“Rajkot has remained the hub for manufacturing and industrial development since the last 70 years,” says Parag Tejura, President of the Saurashtra Vepari Udyog Mahamandali (SVUM), a young and energetic association of entrepreneurs striving for their own multi-faceted development. He adds proudly, “Rajkot manufactured many necessary metal and engineering items of which diesel pumps and forging items created a name for themselves. Today, the medium and small scale industries have so multiplied and diversified that Rajkot delivers to almost every industrial manufacturer in India. Especially, in the automobile industry, every single manufacturer worldwide uses spares and components manufactured in Rajkot.”

Explains Ankit Kakadiya, Manager, Shree Gopal Forge and Member of the Rajkot Engineering Association (REA), “Till the 1980s, diesel engines were the most famous engineering products that came from Rajkot. It had a market all over India. The manufacturers started diversifying around the same time as they noticed that the diesel pumps could be tweaked around and put to use for various other purposes, such as for irrigation, to pump out water from the wells, in hydro – to produce electricity, and so on.”