Indian aviation sector has the potential to be number one globally by 2030, says the Indian Aviation report by FICCI-KPMG 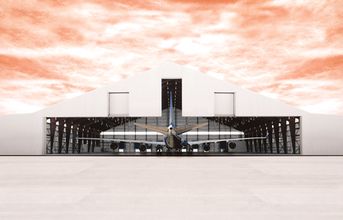 India has the potential to become the third largest aviation market by 2020 and the largest by 2030. However, in order to achieve the vision of becoming the third largest aviation market by 2020, a lot more needs to be done, according to the FICCI-KPMG ‘Indian Aviation 2014’ report launched recently in Hyderabad during India Aviation 2014. In order to become a top aviation market, all round improvements are required – in airports, air navigation, cargo, general aviation, human resource development and very importantly Maintenance, Repair and Overhaul (MRO).

Notwithstanding the huge potential and the progress done so far towards achieving the same, it is ironical that not a single commercial aircraft of Indian carriers undergoes repairs in India. Empty aircrafts are flown to MRO facilities in our neighbouring countries and paid for in foreign exchange. The loss of revenue, foreign exchange, employment and direct taxes is immense. All this is thanks to the short-sighted policies regarding indirect taxes (Service Tax and VAT) and cumbersome Customs procedures regarding import of aircraft parts and consumables.

India’s current MRO market size is estimated to be around US$ 700 million. By 2020, the total Indian fleet would double in number, making it critical to have a strong domestic MRO industry. As per Boeing, the market is expected to grow at seven percent CAGR for the next eight years to reach US$ 1.5 billion by 2020.

The Indian MRO industry is facing significant challenges which are slowing down the growth of this industry. Some of these factors include un-friendly taxation structure, cumbersome procedures for import of components and movement of foreign experts, and inadequate infrastructure.

According to industry sources, merely 5-10 percent of the MRO work for domestic scheduled carriers is carried out in India and most of the maintenance activity work is outsourced to third-party service providers outside the country. This marks a lack of competitiveness in the Indian MRO sector and is in fact a classic case of scoring self-goals.