It would cater to adjoining regions, namely north and south Gujarat 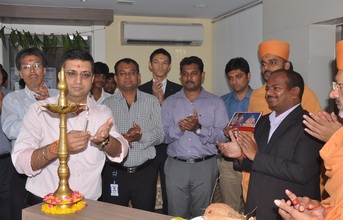 Following its regional expansion strategy for this FY, OMRON Automation India, part of OMRON Japan- a global leader in factory automation technology, announced the opening of its new office in Ahmedabad today. Situated in Shahibaug, the office is Omron Automation’s 6th office in the country.

Speaking on the occasion, Sameer Gandhi, MD, OMRON Automation India said, “The move indicates the importance of Gujarat in Omron’s business strategy. The state is one of the major industrial hubs in India and this expansion of our infrastructure would contribute a lot in strengthening our presence via servicing current & potential customers in a better and more efficient manner.

This would also serve as a centre to cater to adjoining regions namely north and south Gujarat such as Gandhidham, Kutch, Morbi, Rajkot, Jamnagar and the industrial belts of Waghodia, Jhagadia, Hajira and Dahej falling under Baroda and Surat regions.”

The current focus areas of the company are the large and medium manufacturing enterprises from Packaging, Pharma, Special Purpose Machines (SPM), Batch Mixing OEM's & Automotive sectors in these regions.