The Pune centre is the third and the largest service point launched by LAPP in India to cater to growing customer demands. It will focus on delivering plug-and-play solutions to its customers. 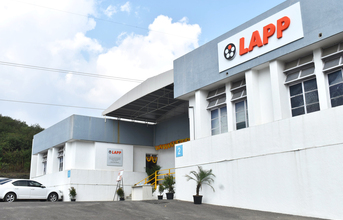 As part of its end-to-end systems solutions network expansion, LAPP India, a leader in cable and connection technology, has launched its third and biggest service point in Pune to provide customised solutions to customers. The new facility was launched in line with the organisation’s growing focus towards the changing needs of LAPP’s growing customer base for plug-and-play solutions.

The facility was inaugurated by Gary Bateman, Managing Director, LAPP India. The event was attended by the leadership team of LAPP India, including Shiv Venkatramani, Vice President Operations and Ramesh Menon, Vice President, Human Resources, along with some of their esteemed customers.

Speaking on occasion, Bateman said, “With this highly enhanced facility, we are looking forward to engaging directly with more of our customers and working closely with them to develop innovative solutions tailored to their specific requirements. We aim to triple the number of our service points in India by 2027 to cater to increasing customer demands.”

As part of other developments, LAPP India recently inaugurated its third Centre of Excellence (CoE) at the Maulana Azad National Institute of Technology (MANIT) in Bhopal. This event was presided over by John Kingsly, Senior IAS officer and Managing Director of Madhya Pradesh Industrial Development Corporation. Besides this, the first two CoEs were established in collaboration with PSG College of Technology, Coimbatore, and RV College of Engineering, Bengaluru.

Through these CoEs, LAPP India aims to inculcate an innovative mindset among students by providing easy access to state-of-the-art technology, expert knowledge, and industry expertise from the cable and connection technology space.