The Automotive Component Manufacturers Association (ACMA) has urged the state government of Haryana to revoke its law which mandates companies to recruit 75 per cent of the total blue-collar workforce from the local population. 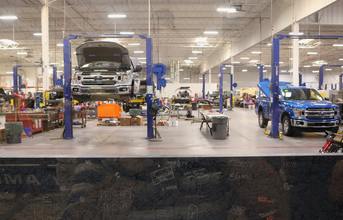 The Automotive Component Manufacturers Association (ACMA) has urged the state government of Haryana to revoke its law which mandates companies to recruit 75 per cent of the total blue-collar workforce from the local population. The representative body of the auto component manufacturers said that it will dent the image of the state as a hub for automobile production and adversely impact the operations of companies.

According to the new law, which was approved by the governor on March 2, all automobile manufacturing companies and their component manufacturers will be required to hire a majority of their workers, with a monthly salary of up to ₹50000, from the residents of the state. Most manufacturers will find it tough to adhere to this new law since a significant portion of the blue-collar workforce comes from the neighbouring states.

According to Deepak Jain, president, ACMA, the auto industry requires skilled workforce to produce high-quality products that are globally competitive. Hence, hiring by companies is done based on merit and talent rather than the domicile of the candidates.

The reason for the industry to employ candidates from outside the state is due to the shortage of adequately skilled and locally available manpower" said Jain.

He further added that such a move would not only adversely impact the ease of doing business in the state but also be detrimental to Haryana’s image of an industry-friendly destination.

“The automotive industry with investments of over Rs. 40,000 crores, accounts for more than 25 per cent of the State’s GDP and creates employment exceeding 10 lakh. The industry is keen that the state remains attractive for fresh investments, as in last couple of years, automotive investments have been largely destined to other states."

Haryana along with states like Maharashtra and Tamil Nadu are considered hubs for manufacturing automobiles and related parts in India. Leading automakers like Maruti Suzuki India Ltd, Hero MotoCorp Ltd, Honda Motorcycle and Scooter India Ltd have factories in places like Gurgaon and Manesar.