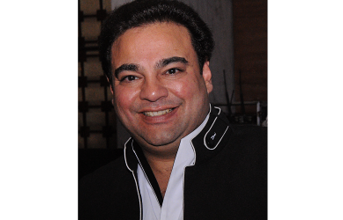 Rajeev Kapur, Managing Director, Steelbird Hi-Tech India Ltd. and President, Two Wheelers Helmet Manufacturers Association said, “It has been long awaited. I would say that it is better late than never. After this move of the government, millions of families will thank the government as millions of lives will be saved.”

The two-wheeler helmet manufacturing industry has welcomed the recent notifications by the government regarding inclusion of protective helmets for two-wheeler riders under compulsory BIS certification and the publication of the Quality Control Order (QCO).
The proposal had long been going back and forth for mandatory certification for years now; A Committee was formulated as per the directions of the Supreme Court Committee on Road Safety for considering lighter helmets in India suiting the country's climatic conditions and that for ensuring compliance amongst citizen to wear the helmets.  The Committee comprised of various experts, including expert doctors from AIIMS and also from BIS. The Committee in March 2018 after detailed analysis in its report recommended lighter helmets in this Country and Ministry accepted the report.
As per the recommendations of the committee the “BIS has revised specifications through which it is expected would make the helmets lighter. With good competition in the Indian markets and with numerous helmet manufacturers, now it is expected that the competition would enable for good quality and lighter helmets demand.”
Rajeev Kapur, Managing Director, Steelbird Hi-Tech India Ltd. and President, Two Wheelers Helmet Manufacturers Association said, “It has been long awaited. I would say that it is better late than never. After this move of the government, millions of families will thank the government as millions of lives will be saved.”
“As per WHO report 300 thousand people are dying in road accidents in India but this number only includes what is reported and recorded by the Indian Government. On the contrary as per general view more than one million people are dying in India in road accidents because many of the accidents never get reported and recorded.
Also, nearly 40% out of the about two lakh helmets sold daily in India don't comply with the standard or are spurious. “In most of the cases, the two-wheeler riders simply wear plastic caps, which are as unsafe as not wearing a helmet. The new norm will save hundreds of lives and more because of stricter enforcement of traffic rules.”
Now with the recent notification the demand for ISI helmets will increase drastically. The total demand of ISI helmets in India will be 100 Million helmets annually. While the sale of the helmets will sprout as the total number of two-wheelers being manufactured in India is nearly 1.7 Crore but now it’s time for helmet manufacturers to take responsibility. Helmet is not a simple and easy product, rather a difficult one. Manufacturing helmets needs huge investments as it is a voluminous product. Moreover, Helmet is a technology product as well as a labour oriented product.
All branded helmet players need to work dedicatedly and spend more money on R&D to develop new products to meet the BIS norms and customer requirements while also covering the entire spectrum,” added Kapur.
As per the notification “QCO would mean that only BIS certified two-wheeler helmets would be manufactured and sold in the Country for the two wheelers.  This would help in avoiding sale of low-quality two-wheeler helmets in the Country which would in turn help in protecting citizens involved in two-wheeler accidents from fatal injuries.”
“The estimated demand for helmets is around 100 million pieces per annum currently which will further rise with the recent notification. But the good news is that the gap will be filled by those players who are conforming to the BIS norms, since with the enforcement of compulsory certification, the manufacturing of any kind of two-wheeler helmet not under IS 4151:2015 is an offence. As the law is enforced the manufacturers and big organisation should be encouraged to come forward and invest in this field,” said Rajeev Kapur.
END