After spending more than two decades at Toyota Group 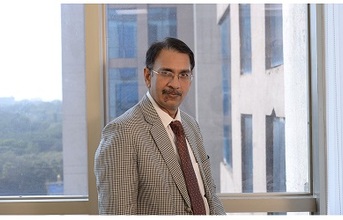 Toyota Kirloskar Motor (TKM) has announced the retirement of Shekar Viswanathan effective November 30, 2020. He led TKM as the Vice Chairman and Whole-time Director for over seven years.
Shekar Viswanathan superannuates after an illustrious career of over 20 years with TKM and the Toyota Group in India.  His long tenure and career advancement at Toyota clearly manifests the company’s commitment to its people and its well curated career growth plan for individuals within the organization.
During this time, Viswanathan helped build TKM in India since joining the Board of Directors in 2008 as the Whole-time Director and as the Vice Chairman and Whole-time Director since 2013. He also helped strengthen the Toyota Group companies in the country, as the former director of Toyota Kirloskar Auto Parts and Deputy Managing Director of TG Kirloskar Automotive during his career.
Besides, his knowledge of the industry and financial services he has had the distinction of holding leadership positions in prestigious industrial associations like FICCI, CII, SIAM, ACMA and BCIC.
Bidding farewell, Vikram Kirloskar, Vice Chairman, TKM, said “Mr. Viswanathan and I have very long association. He has very consistently provided invaluable counsel and strong leadership in numerous capacities across Toyota and other group companies. His commitment, passion and vision for furthering the rise of the automobile industry in India have earned him great plaudits. I wish him well.”
Commenting on the development, Masakazu Yoshimura, Managing Director, TKM, said, “Our operations in India play a vital role for Toyota globally. As a part of the key leadership team, Shekar Viswanathan has been one of the strongest pillars for TKM fostering its growth in India. His retirement will be a loss for TKM and the auto industry at large. We are grateful for his leadership in several capacities over the years and wish him well. We will truly miss his great leadership skills.”
Sharing his views, Shekar Viswanathan said, “It is not easy to say goodbye to a company where I have spent more than two decades. Having said that, I look forward to my retirement to pursue ventures and hobbies that I could not take up all this while. I am awaiting the day when India will make and sell more than 12 million cars per year from the current 3 million cars per year as Indian engineers’ supervisors and workmen have shown themselves to be on par with world standards.  I am thankful to TMC, TDEM, TMAP, TKM and Toyota Group companies for showing faith in my abilities and allowing me the opportunity to hone my leadership skills.”
END