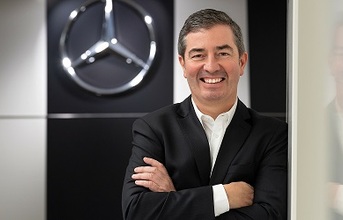 Currently Keicher is Head of Production and Site at the Mercedes-Benz Bremen plant. He will take over from Sebastian Streuff (45).

“We are pleased to be gaining Markus Keicher, a highly experienced production executive for our Ludwigsfelde site," said Dr Ingo Ettischer, Head of Mercedes-Benz Vans Operations.