The plants are part of the sewage construction projects undertaken by the government to clean up the Ganges River. 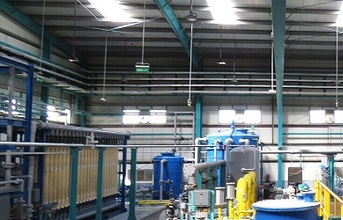 Toshiba Water Solutions Private Limited has announced that it has received an order from Bihar Urban Infrastructure Development Corporation (hereinafter BUIDCO), for the construction of two sewage treatment plants (STPs) and their Operation and Maintenance (O&M) services. The STPs are part of the sewage construction projects undertaken by the government to clean up the Ganges River.
Koichi Matsui, Chairperson and Managing Director, TWS said, “Under this order, TWS will construct STPs in Chhapra and Begusarai located along the Ganges River and provide O&M services for these plants for 15 years.These sewerage network & STP projects of Chhapra and Begusarai shall collect the sewage and convey the same to the treatment plants through underground sewerage network, where sewage will be treated as per the design guidelines of Central Public Health and Environmental Engineering Organisation (CPHEEO). The treated Sewage will be discharge to the drain”.
The Ganges River runs for approximately 2,700 km through the center of India. Covering 860,000 km2, its basin is populated by more than 600 million people. The Ganges River is therefore essential for drinking, household, and irrigation water. However, the Ganges River is threatened by pollution and the Indian government announced an action plan to clean up the river in 2015.
As part of this action plan, TWS constructed four Sewage Treatment Plants in Jharkhand and in Uttar Pradesh. “Recognised for its track record, TWS has been awarded the next projects in Bihar”, Matsui added further.
TWS engages in Engineering, Procurement and Construction (EPC) and O&M businesses for public water supply and sewage treatment plants and industrial water treatment facilities around the world, including India, North and Central Americas, the Middle East, West Asia, Southeast Asia, Africa, and elsewhere.
TISS endeavors to contribute to the establishment of sustainable water circulation systems and the creation of environmentally advanced communities by combining its monitoring, control, energy-saving, and other solutions with TWS’s expertise and experience in EPC and O&M cultivated through projects in and outside India.