Stephanie Coßmann appointed to Lanxess Board of Management 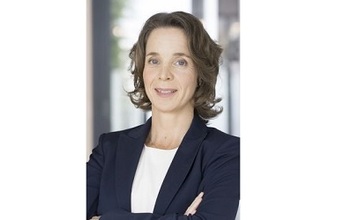 Coßmann, who holds a doctorate in law, will take up her new position on January 1, 2020.

Change in the Board of Management at Lanxess: Stephanie Coßmann (46), currently head of the Human Resources group function, has been appointed by the Supervisory Board to become member of the Board of Management and Labor Director. Coßmann, who holds a doctorate in law, will take up her new position on January 1, 2020. She succeeds Rainier van Roessel (62), who will resign from the Board and retire at the end of the year.
Paying tribute to van Roessel’s achievements, Chairman of the Supervisory Board Matthias Wolfgruber said: “13 years as Labor Director of Lanxess - that speaks for itself! Rainier van Roessel has skillfully helped shape the company over this long period. He has always been focused on objectivity, efficiency and collegial cooperation - both in his dealings with employees and in dialogue with negotiating partners and trade unions. Cooperation with the Supervisory Board was also characterized by fairness, mutual understanding and trust. On behalf of the entire Supervisory Board, I would like to express my sincere thanks to Mr. van Roessel and wish him all the best for his well-deserved retirement.”
Rainier van Roessel joined Bayer in 1988 after completing his business studies and doctorate. In 2004, when Lanxess was established, he became head of the Rubber Chemicals business unit. In addition to this role, he was appointed Managing Director of Lanxess N.V. in Antwerp, Belgium, in 2006. Since 2007, van Roessel has been a member of the Board of Management and Labor Director of Lanxess AG. Stephanie Coßmann studied law in Paris, France, and Muenster, Germany. After working as a lawyer for several years, she joined LANXESS in 2004. Here she was responsible for setting up the processes and structures required in a listed company in various areas and held various management positions in the Legal and Internal Audit group functions. From 2014, she headed the General Law department in the Legal and Compliance group function. Since July 1, 2017, she has been head of the Human Resources group function, which she and her team have completely realigned.
Matthias Zachert: “In recent years, I have come to know Stephanie Coßmann as an absolutely reliable, experienced and competent colleague. I am looking forward to an even closer cooperation with her and extend a warm welcome to her to the Board of Management.”
END