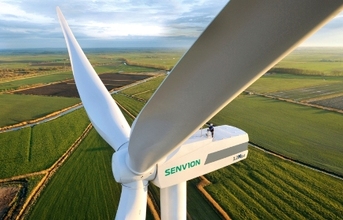 Senvion announced that its exclusive negotiations with SGRE concerning the sale of a large part of the company's European Onshore Services business and its blade production facility in Portugal have been concluded successfully. A corresponding agreement was unanimously approved by Senvion's creditors' committee on 11 October and signed today.

The transaction in respect of the European Onshore Service business is expected to close in Q4 2019 subject to regulatory approvals and other customary closing conditions. Business continuation costs, salaries and wages for employees are secured through ongoing business activities.

For other parts of Senvion, the wind-down process has begun in order to secure socially acceptable solutions for remaining employees and an orderly liquidation of remaining assets. As announced earlier, some wind turbine continuation projects are being finalised, securing further jobs with some going until the middle of the next year. For other assets, including Indian operations and non-European Service operations, explorative talks with potential investors continue.

Yves Rannou, CEO of Senvion, said: 'We are pleased that we have been able to give our colleagues in a large part of the European Onshore Services business and in our blade production facility in Portugal positive news today, securing close to 60% of all jobs for now. Siemens Gamesa will be a safe new home for them. We are also confident that this a good solution for our service customers.'

'This has been a long and demanding path in a challenging context and in the face of many difficulties, but I am very confident that the business is well-positioned under the new ownership. The new environment will protect the critical competencies and skills that were developed at Senvion and enable our employees to make long-term and valuable contributions to the energy transition.'

'We are thankful to our customers who stayed with us during this time and continued to show faith in our capabilities and to the financial institutions whose support allowed us to realise this transaction. I also appreciate the constructive approach SGRE has shown throughout the negotiations and their dedication towards the transaction. Finally, I sincerely thank everyone who made Senvion what it was for decades: a pioneer in the provision of clean power to the world. We will now continue our efforts to pursue potential options for other business parts to find solutions for as many employees as possible.'

Rothschild & Co is acting as financial adviser to Senvion on the transaction.