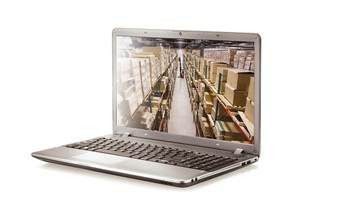 Piyush Goyal, Minister of Commerce and Industry and Railways, said that in a landmark move, the government is planning to launch a National Logistics Policy to reduce trade costs. All transport sectors of railways, civil aviation, roads and shipping would work towards bringing logistics costs below 10%, he added.

Further, the National Committee on Trade Facilitation is working proactively to ensure the improvement in trading environment with reduced turnaround time and transaction costs. The Minister was speaking at the 9th Asia-Pacific Trade Facilitation Forum 2019 in New Delhi, organised by Department of Policy for Industry and Internal Trade (DPIIT), Ministry of Commerce and Industry, and Confederation of Indian Industry (CII).

With the Government introducing a plethora of reforms including digitization of trade procedures and fulfilment of the Sustainable Development Goals, India is on the pathway of achieving the goal of US$ five trillion economy, said the Minister.

He highlighted the importance of adopting a collaborative and integrated approach at the Asia-Pacific level in combating the common challenges of rapid urbanisation, climate change, poverty, and inequality, among others. Goyal reinforced the government’s strong commitment to the ‘Act East Policy’ for integration of the Indo-Pacific Region.

Dr. Armida Salsiah Alisjahbana, Under-Secretary-General of the United Nations and Executive Secretary of ESCAP, while stressing on the importance of cross border digitisation stated that ‘digital and sustainable trade facilitation needs to be supported as a source for good in the region and the world’. She further mentioned that with trade being recognised as one of the UN Sustainable Development Goals 2030, it is the need of the hour to rationalize trade procedures, increase the adoption of WTO’s Trade Facilitation Agreement across the Asia-Pacific Region, and leverage e-commerce as the sector for the future.

Bambang Susantono, Vice-President, Asian Development Bank, noted the need to address the various regulatory and infrastructural bottlenecks being faced by industry. He mentioned that in order to maximise economic penetration access to jobs must be ensured, availability of trade finance must be increased, and capacity development must be undertaken to streamline procedures and reduce non-tariff barriers. He stressed the importance of trade finance for promoting gender equality and economic empowerment of SME’s.

The joint ADB-UNESCAP “Asia-Pacific Trade Facilitation Report 2019: Bridging trade finance gaps through technology” was launched at the conference. Kenichi Yokoyama, Country Director of ADB’s India Resident Mission, said that the digital trade facilitation agenda can be taken forward while providing the requisite infrastructure and regulations for greater interoperability and security.

Chandrajit Banerjee, Director General, CII, mentioned that the strong inter-ministerial consensus in India on expansion of infrastructure and adherence to global standards is commendable. He stated that CII is committed to the government’s agenda of making the Asia -Pacific region more integrated and globally competitive.