Replaces Vipin Sondhi, who moves to another organisation after 13 years with JCB 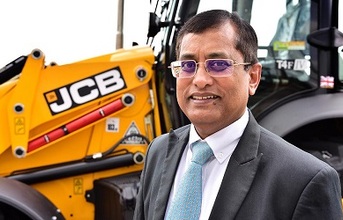 Subir Chowdhury, who is currently JCB India’s Chief Operating Officer, will take up the position by the end of the year, replacing Vipin Sondhi, who is leaving after 13 years’ service as MD & CEO to take up a position outside the industry.

Chowdhury joined JCB India in 2005 as Executive Vice President – Operations and was promoted to the role of Chief Operating Officer in 2017, having successfully spearheaded the expansion of JCB India from a single factory operation in New Delhi in 2006 to a network of five factories today in Pune, Jaipur and New Delhi. A sixth factory is currently under construction in Gujarat, which is due to open in 2020.

JCB Group CEO Graeme Macdonald said: “I would like to thank Vipin Sondhi for his exceptional contribution to the JCB Group. Under his leadership, JCB India has cemented its position as a major player in the Indian construction equipment industry, and I wish him well for the future.

“Subir Chowdhury has a proven track record at JCB and I am delighted he is taking up the position as MD and CEO. He has been directly responsible for delivering the additional manufacturing capacity needed to keep pace with the phenomenal growth in the Indian construction equipment market. JCB India is in very safe hands and is perfectly positioned for future growth.”

Before joining JCB India, Chowdhury was Director – Manufacturing for Whirlpool based in New Delhi (2001-2005).  Sondhi is leaving JCB to take up a senior positon with Ashok Leyland, one of India’s leading bus and truck manufacturers. The Sondhi family has a long association with Ashok Leyland. Vipin’s father served as Chairman of Ashok Leyland for 12 years.