PM says foreign investment from Germany to India is rising 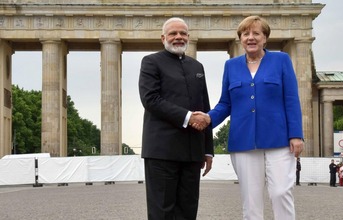 The Prime Minister, Narendra Modi, and German Chancellor Angela Merkel co-chaired the 4th India Germany Inter-Govermental Consultations in Berlin.  Addressing the media after the meeting, Prime Minister Modi appreciated Chancellor Merkel's vision for Europe and for the world.  He said outcome oriented momentum is perceptible in relations between the two countries.

The Prime Minister spoke of themes such as climate protection and smart cities, which came up for discussion. He said German innovation and Indian youth could together add great dynamism in the start-up space.