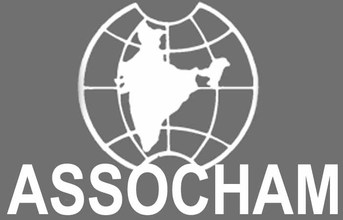 Prime Minister Narendra Modi wants the two dedicated freight corridors, west and east, completed in time even as the government is planning for more such lines, said Manoj Sinha, Minister of State for Railways at an ASSOCHAM event.

Inaugurating an ASSOCHAM conference on “Dedicated Freight Corridors-Challenges and Opportunities-” Minister of State for Railways Manoj Sinha said that despite several problems being faced in this the railways had “full confidence” of completing the in time. He pointed out that the Allahabad-Mughalsarai sector of the eastern corridor would be completed faster.

The corridors would be managed from two centralised locations for which Ahmedabad and Allahabd had been chosen, Sinha disclosed.

Listing the advantages of the DFCs, the Minister pointed out that the corridors would be utilising the latest technology in rail transportation enabling average speed of freight trains to be raised from 25 kmph to 80 kmph and then 100 kmph. The corridors would use high horse power engines for haulage and specially designed wagons, said Sinha.

Elaborating on this Hemant Kumar, Member (Mechanical) Railway Board and Adesh Sharma, MD, DFCCIL, explained that these dedicated high speed corridors would help overcome the high capacity constraints currently experienced on the western and eastern trunk lines and the four diagonals. They would improve delivery time of freight.

Total fund requirement has shot up to Rs 80,000 crores. The DFCs could take care of 800 billion ton-kms of traffic. They would provide guaranteed transit time for freight delivery, said Sharma.

It was also revealed that the earlier idea of 150km on both sides of the corridors would be reserved for industrial location but due to land acquisition problem this has been reduced to just one km on both sides. The Railway Research and Development Organisation (RRDO) had developed capacity to design and make in the country itself with the specialised high capacity and high speed wagons for use on these corridors, added Sharma.

The industry-railway expert meet also addressed growing opportunity for Indian enterprise in participating in the huge requirements of high technology items in the project in a make in India mould.