The primary purpose of rolling out phase II of FAME scheme is the faster adoption of electric and hybrid vehicles throughout the country, says a report by SKP Business Consulting LLP. 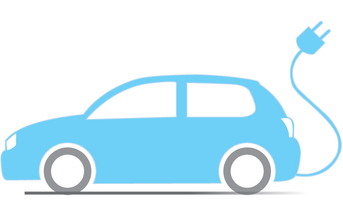 Promotion of advanced technology for battery manufacturing is one of the focus areas under the FAME India phase II scheme.

By 2026, the Indian automotive industry will be globally ranked among the top three in the engineering, manufacturing, and export of vehicles and auto components segments. The industry will provide safe, efficient, and eco-friendly infrastructure for affordable mobility of people and transportation of goods in India, in line with global standards. The industry is likely to grow in value and contribute over 12 percent to India’s GDP by 2026 (from 7.1 percent in FY 2015-16) and generate 65 million additional jobs. The automobile industry in India is expected to reach US$ 250-US$ 280 billion by 2026 as per the Automotive Mission Plan 2026 (Vision 3/12/65).
In continuation of the vision 2026, the Government of India (GoI) has taken various initiatives, such as the National Electric Mobility Mission Plan (NEMMP). Under this, the Faster Adoption and Manufacturing of (Hybrid &) Electric Vehicles (FAME) scheme is focused on the development of the ecosystem of hybrid and electric vehicles (EV) in the country. FAME phase I was launched on 1st April 2015 with a total outlay of US$ 128 million for creating infrastructure and promoting the EV ecosystem in India.
To aid the energy efficiency program, the World Bank has committed to provide support to the tune of US$ 300 million to India. The Ministry of New and Renewable Energy (MNRE) updated the Committee of Secretaries that the World Bank would route the aid to India through Energy Efficiency Services Ltd (EESL), a government-owned public-sector unit. This World Bank aid will supplement the Central government funds providing financial assistance to the e-mobility program.

Faster Adoption and Manufacturing Of (Hybrid &) Electric Vehicles (Fame) Phase II, Phased Manufacturing Program
The Union Cabinet, chaired by the Prime Minister, has approved the implementation of FAME India phase II, for promoting electric mobility in the country, which will be effective from 1 April 2019. The total fund disbursement for phase II is US$ 1.4 billion for the period of the next three years (2019-2022). We have analysed the fund allocation year-wise and activity-wise as per the details mentioned in the notifications (F.No 1(1)/2019-AEI) issued on 8 March 2019.
Of the total fund allocated, 85 percent will be distributed over the final two years (2020-22) of the phase. Also, of the total fund, 86 percent has been allocated to demand incentives over the next three years (2019-22). Further from the demand incentives 90 percent is planned to be distributed in the last two years (2020-22).
This can be a precursor to the country planning to achieve 30 percent e-mobility by 2030, thereby curbing the excessive use of fossil fuel and reducing petroleum the import bill. Through FAME India phase II implementation, GoI will be providing incentives and subsidies to roll out approximately 1 million e-2 Wheelers, 0.5 million e-3 Wheelers, 55000 e-4 Wheelers and 7000 e-Buses.
The focus of the FAME India phase II policy is the electrification of the entire public and shared transportation system. Electric buses will be receiving demand incentives on an operational expenditure model from state/city transport corporations (STU). Electric 2-wheeler incentives will be targeted towards the private vehicle segment. All electric three-wheeler/four-wheeler vehicles, which are used for public transport or registered for commercial use, will be eligible for the incentives under the scheme.
Promotion of advanced technology for battery manufacturing is one of the focus areas under the FAME India phase II scheme. Electric vehicles fitted with advanced batteries, i.e., lithium-ion battery or batteries that use newer technology are eligible for incentives. The FAME India phase II also focuses on EV-charging-station infrastructure development as well. The scheme proposes to develop around 2700 charging stations around various metros, smart cities and hilly areas across India. This is expected to make charging stations available on either side of highways at an interval of about 25kms.
To promote the domestic manufacturing of electric vehicles, assemblies/sub-assemblies, parts/sub-parts, the government has a well-defined road map called the Phased Manufacturing Programme (PMP). The intention of PMP is the large-scale development of export-competitive integrated batteries and giga-scale cell-manufacturing projects in India. The government also aims to promote indigenous manufacturing of all components in the EV through the PMP scheme. As per the Govt. Circular, PMP for CBU/SKD/CKD will be effective from April 2020 onwards, and PMP scheme will be effective for the lithium-ion cell battery, battery pack and other parts used in manufacturing EVs from April 2021 onwards. The transformative multi-modal mobility paradigm will facilitate setting up of giga-scale integrated cell and battery manufacturing facilities in India.

Impact of the Scheme
The primary purpose of rolling out phase II of FAME scheme is the faster adoption of electric and hybrid vehicles throughout the country. The government is offering upfront incentives for the purchase of EVs and hybrid vehicles. The scheme is expected to aid the reduction of the environmental pollution issue in the country. As per the National Electric Mobility Mission Plan (NEMMP), the sale of six to seven million EVs by 2020 would reduce fossil fuel consumption by 2.2-2.5 million tonnes. This will lead to a reduction of CO2 emissions by 1.5 percent by 2020. It will also help reduce the burden of crude oil import by the country, which would aid the resolution of the current account deficit problem.
Recently at the Energy Innovation Summit 2019, the Andhra Pradesh state government has announced that the registration of petrol and diesel cars will be stopped by 2024. They have indicated that Andhra Pradesh would put 10 lakh electric vehicles on the road in the next five years.
Similarly, the Delhi State government has decided to launch 1000 e-buses for public transport to curb the hazardous levels of air pollution in the state. In February 2019, the Delhi government also allocated US$ 14.3 million (INR 1 billion crore) to the state electric vehicle fund in its 2019-20 budget.
Amidst all the developments at the centre and state levels, the Chinese EV manufacturing company Sunra, the global industry leader by sales volume, is planning to set up a manufacturing facility in India. Cab aggregators like Ola and Uber are also actively contributing to the country’s EV mission. In November 2018, Uber, in coordination with Mahindra & Mahindra, deployed EV’s on their platform in many cities across the country. Ola had also launched an EV segment last year with a fleet of over 200 EVs in Nagpur.
FAME India phase II scheme has positively influenced the entire EV industry. The Society of Indian Automobile Manufacturers (SIAM) has also appreciated the scheme for building a robust EV ecosystem in the country. The scheme is likely to provide a long-term support from the government as it guarantees to spend the incentives for next three years. The industry is expected to garner significant investments in manufacturing EVs in all categories thereby developing an indigenous supply chain.
END