The contract was won against stiff competition from Israel, Russia, Ukraine, France, India & other countries. As part of the deal, ideaForge shall deliver 200 systems to augment the Indian Army’s surveillance capabilities. 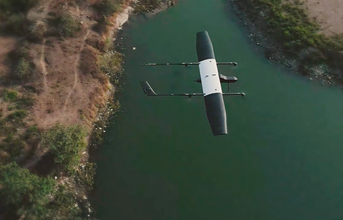 In the Union Budget of 2022, the Indian Government announced that 68% of its defence capital procurement budget would be reserved for domestic organisations. Within a month of this announcement, the largest single VTOL Mini UAV defence contract globally has been awarded to ideaForge for its SWITCH UAV. As a part of this contract, ideaForge shall deliver 200 systems to augment the Indian Army’s surveillance capabilities.

The traditional understanding was that a fixed-wing UAV would be ideal for last-mile deployments. On analysing the actual operational constraints that the Army faced, ideaForge realised that a hybrid Vertical Take-Off and Landing (VTOL) platform, which can take off without a runway or by hand launch, would be the ideal solution.

ideaForge won this contract against stiff competition from Israel, Russia, Ukraine, France, India & other countries. The SWITCH UAV was the only system that emerged successfully from the rigorous testing and field trials that the Indian Army is well known for.

Speaking on the deal, Ankit Mehta, ideaForge Co-Founder and CEO, said,” ideaForge has engineered this product with the unique VTOL approach keeping in mind the terrain challenges in the operational areas of the Indian Army. Our drones are ‘built like a bird and tested like a tank’, an expression we coined as our systems were undergoing the harshest field trials and lab testing as a part of our journey to bagging this contract. Looking ahead, we want to take this expertise across the world, to everyone in need of protecting their borders or to empower their forces with unprecedented last-mile situational awareness.”

Lt Gen Vinod Bhatia (Retd), Former DGMO and Director, CENJOWS, said,” UAVs are indispensable for ISR. This contract for Mini VTOL UAVs results from a five-year-long intensive procurement procedure. We are happy that the contract has been awarded to an Indian firm, ideaForge, who have proven the test of time, weather, terrain and performance against other global systems, contributing to the vision of Atmanirbhar Bharat.”