Plant to start operations in April 2017 with a production capacity of 160,000 units per year. 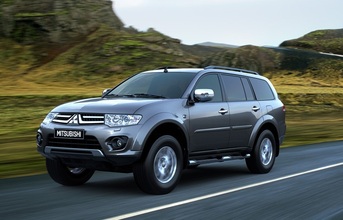 Mitsubishi Motors Corporation (MMC) has announced the commemoration of a new manufacturing plant in the GIIC Industrial Estate in Bekasi Prefecture in Indonesia today (March 24).

The new manufacturing plant, with a production capacity of 160,000 units per year, will start operations in April 2017. The production models will be an all-new Pajero Sport SUV, followed by a brand-new small MPV model and then the COLT L300 (currently consignment production) will be added.

Some parts of these vehicles built there will be exported to other ASEAN countries as the next major ASEAN production hub after the Laem Chabang Plant in Thailand.

Indonesia has the fourth largest population in the world and demand for passenger cars mainly for small MPVs is growing in the market as its economy continues to grow.

In this context, developing the passenger car business in addition to the current light commercial vehicle business has become a necessity in order to effectively respond to the coming demand increase in Indonesia. MMC plans to expand business in Indonesia by switching from the current consignment production to in-house production through the new plant.

At the ceremony, MMC Chairman & CEO Osamu Masuko, described MMC's progress in the country: "For 45 years since 1970, together with business partners we have been developing business in Indonesia along with the growth of the automobile market of the country.

Positioning the ASEAN region as its most important market, MMC will work on restructuring and strengthening its business there to achieve sustainable growth and enhance corporate value. The initiatives to this end are represented by the largest production capacity in Thailand among overseas production hubs, start of production at a new plant in the Philippines since this January, and new manufacturing plant and new model launches in Indonesia.

Through these projects MMC aims to expand overall production and sales by utilizing ASEAN production capabilities to fill each country's needs.
END