GST leading to tax base expansion 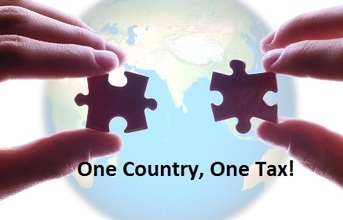 The Goods and Service Tax (GST) has resulted in formalization of economy and consequently information flow would eventually augment not only the Indirect Tax collections but also Direct Tax collections. In the past, the Centre had little data on small manufacturers and consumption because the excise was imposed only at the manufacturing stage while the States had little data on the activities of local firms outside their borders. Under the GST, there will be now seamless flow of availability of common set of data to both the Centre and the States making Direct and Indirect Tax collections more effective.

There are early signs of tax base expansion. Between June and July 2017, 6.6 lakh new agents, previously outside the tax net, sought GST registration. This is expected to rise consistently as the incentives for formalization increase. Entire Textile chain is now brought under tax net. Further, a segment of land and real estate transactions has also been brought into tax net “works contracts”, referring to housing that is being built. This in turn would allow for greater transparency and formalization of cement, steel and other sales which earlier tended to be outside the tax net. The formalization will occur because builder will need documentation of these input purchases to claim tax credit.