Virgin Hyperloop One signs MOU with the Government of Karnataka

To conduct its preliminary study 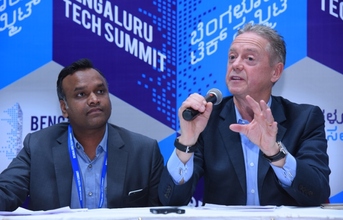 Virgin Hyperloop One recently announced its partnership with the Government of Karnataka to conduct its preliminary study to understand hyperloop’s feasibility and economic impact in the region. The US-based company signed a Memorandum of Understanding (MoU) with the Karnataka Urban Development Department (KUDD) aimed at identifying potential routes to improve mobility in the Benguluru metropolitan area and connect high growth cities such as Tumakuru, Hubli-Dharwad and Hosur within the state. This MoU sees promise in hyperloop following the recent announcements on the company’s partnership with the Government of Maharashtra, the Government of Andhra Pradesh, and further expansion to other regions that are planned in India.

Virgin Hyperloop One’s technology strongly aligns with India’s planned industrial and economic corridors and will show potential promise in terms of transit-oriented development to accelerate the country’s economic growth. The company will be working with partners in the region and KUDD will help navigate the regulatory requirements and support the report with data. The preliminary study is intended to analyse the applicability and benefits of hyperloop technology, identifying high priority routes within the State based on demand analysis and socio-economic benefits, and inform the Government of Karnataka in any future decision to progress to the full project stage.

“Bengaluru has been the IT hub of the country and all major giants have been functioning out of the region. The introduction of a technology like hyperloop will further add to the pace at which the state wants to grow,” said Honorable Minister Priyank Karghe, ITBT & Tourism, Government of Karnataka. “We are happy to partner with Virgin Hyperloop One for its preliminary study in our region and we hope to bring out some concrete solutions for the state swiftly.”