Says, Indian companies will have to remain a step ahead of others 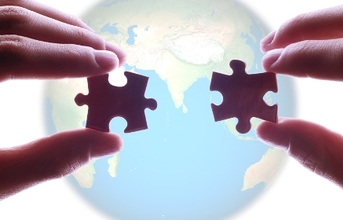 Businesses and trade in India will have to learn to change faster than the change itself if they want to succeed, stated Ajit Doval, National Security Advisor to the Prime Minister of India at the Swami Vivekanand Memorial Lecture 2021 organized by The Associated Chambers of Commerce and Industry of India (ASSOCHAM).
He explained that it is important that to succeed Indian companies will have to remain a step ahead of others. “By 2030, 600 million people will be living and operating from their homes. The new urban complexes will have to ensure that the industrial economy from residential centers can adjust. Also, many people are moving back to the villages. Can we ensure that these villages are developed into new hubs for economic activity? Can they be equipped with better connectivity and infrastructure,” he said.
Doval stated that the most enduring message of COVID-19 is that only the well-being of all will ensure our survival. “Those who have funds and are better off should expand their outlook so that it touches the lives of everyone. This is what Swami Vivekanand also said, that if you want to find God, you need to serve man,” he pointed out.
He mentioned that Swami Vivekanand took a very holistic view of life. “For him a person playing football would be nearer to heaven than one chanting the Bhagavad Gita. He understood that every Individual and nation needed to take care of its basic material requirement to exist and progress.  No spiritual alleviation or growth was possible when the basic survival was threatened,” he said.
Doval explained that India has besides geographical proximity to many markets, it has many natural advantages. “As a geostrategic environment, India’s growing multi-sectoral cooperation with the Middle East will provide several opportunities in the fields of infrastructure, tourism, and establishing a third country joint venture,” he said.
He explained that multitudes of reforms are brought by the government that will benefit in the long run. “‘Atmanirbhar Bharat’ is a new window of opportunity for India. We have to become global leaders in the future. Let us all join hands and build a new and strong India,” he said.
Vineet Agrawal, President, ASSOCHAM stated that Swami Vivekananda was more than just a spiritual mind; he was a prolific thinker, great orator, and passionate patriot.
“His teachings have been an inspiration to many, and his words have become a self-improvement goals, especially for the youth of the country. For this very reason, his birthday, January 12, is celebrated as the National Youth Day in India. We are all motivated by his inspiring speech at the World Parliament of Religions in Chicago, 1893, which changed how the world viewed religion,” he said.
Agrawal informed at a time when the world is reeling under the impact of the pandemic, Swami Vivekananda’s teachings can help bring order to the chaos and encourage us to look to the Indian heritage as a binding factor for global collaborations.
Sumant Sinha, Senior Vice President, ASSOCHAM stated that Swami Vivekananda's concept of 'potential the divinity of the soul' gives a new, ennobling concept of man.
“The present age is the age of humanism which holds that man should be the chief concern and center of all activities and thinking. Through science and technology, man has attained great prosperity and power, and modern communication and travel methods have converted human society into a 'global village',” he said.
Deepak Sood, Secretary-General, ASSOCHAM stated that society is guided by Swamiji’s focus on the spirit of oneness, the importance of a good education system and human development in building a nation, and how service to humanity can help individuals become the best versions of themselves.
According to the Secretary-General, to commemorate Swami Vivekananda’s beneficence to India and the World and to keep the legacy of a great human being and an inspiring individual, ASSOCHAM has started this Annual Swami Vivekananda Memorial Lecture series from this year.
“In keeping with Swami Vivekananda’s teachings, this lecture series will cover the lessons learned from his life and how they can guide society in these uncertain times,” he said.
END