Jos Burger advances to Supervisory Board 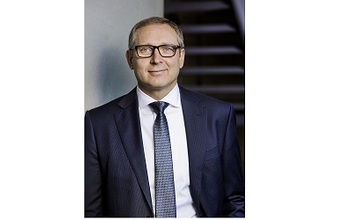 Prior to Ultimaker, Jürgen was President and CEO at Universal Robots

Ultimaker, the global leader in professional 3D printing, has appointed Jürgen von Hollen as Chief Executive Officer, replacing Jos Burger, who will retire and join the Supervisory Board. This change will be effective on January 1, 2021.
Jos Burger joined Ultimaker in 2014 and transformed the company from a start-up to a global player in the 3D printing industry. According to the most recent findings from the UK market intelligence firm CONTEXT, in the first half of 2020, strong demand from work-from-home scenarios allowed for Ultimaker to ascend to the top two position in global 3D Printer hardware shipment revenues. Ultimaker leads the Professional Price Class printer segment in the first half of 2020 with a 40% market share of hardware revenues.
Jürgen von Hollen brings extensive international experience and a wealth of leadership in fast-growth technology industries. Prior to Ultimaker, Jürgen was President and CEO at Universal Robots, where he successfully grew the company and established it as the global market leader in collaborative robotics. Jürgen has held leadership positions at Bilfinger SE, Daimler-Chrysler Services, T-Systems, and Pentair.
END