According to the data available, compared to the all-industry average, the manufacturing sector reported more incidents involving denial of service attacks and cyber-espionage. This is how you can defend. By Ashish Thapar 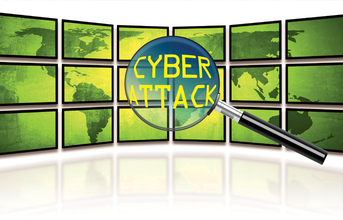 The 2015 Data Breach Investigations Report (DBIR) is once again based on nine incident classification patterns that account for 96 percent of all incidents in all sectors. Three of these patterns — cyber-espionage, DoS attacks, and web app attacks — accounted for more than two-thirds of security incidents in manufacturing in the 2014 DBIR.

This year, DoS attacks and cyber-espionage retain the top spots, but crimeware has replaced web app attacks as the third most prevalent incident pattern. We explore these three patterns and how you can strengthen your organisation’s defences against them.

Denial of service: DoS attacks accounted for just over one-third of security incidents in manufacturing. By contrast, across all industries, DoS attacks make up just 4 percent of incidents.

DoS attacks are rarely used to steal data. Instead they are intended to compromise the availability of networks and systems, by flooding internet-addressable systems with packets of data.

These packets of data are seemingly innocuous by themselves, but together they overwhelm the network with the sheer volume of traffic, and take business systems offline. In other sectors, such as retail, this might affect ecommerce; in manufacturing this may include internal operational applications that are dependent on the internet, such as CRM, ERP, and supply chain management systems.

Attacks typically last several days and during that time they can disrupt your productivity, damage customer and partner relationships, and impact your bottom line.