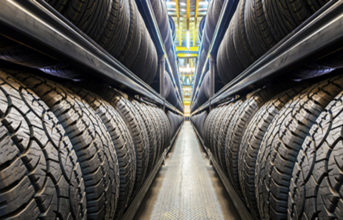 The Indian tyre industry’s demand is poised to grow at 13-15% and 7-9% (in tonnes) in FY2022, after two years of contraction, aided by stable growth in both the original equipment manufacturer (OEM) and replacement segments. According to rating agency ICRA, growth will be aided by a sharp recovery in OEM tyre demand, lower base effect of FY2021, improving pace of vaccination, continued preference for personal mobility and healthy rural cash flows amid a normal monsoon forecast.

That said, with improving domestic and exports demand, Capex executions have resumed in the last few months after a hiatus. Based on projected demand growth, ICRA estimates a capital expenditure of over Rs 20,000 crore between FY2022 and FY2025, which would be partly debt funded. Nevertheless, the credit profiles of tyre manufacturers would be supported by healthy earnings and cash reserves.

Tyre demand has been relatively more resilient compared to other auto components as the replacement demand in the tyre industry insulates it from cyclicality to a large extent. Vehicle production fell by ~13-15% in the last two years (ending FY2021) on account of weak consumer sentiments and subdued economic activities while domestic tyre demand contracted by ~8%. “In line with the overall auto industry, tyre demand contracted sharply in Q1 FY2021 due to the nationwide lockdown, but recovery in tyre demand was stronger and faster as tyre volumes reached the pre-Covid levels in Q2 FY2021 and witnessed a healthy growth in the subsequent two quarters,” said Srikumar Krishnamurthy, Vice President and Co-Group Head, ICRA.

ICRA expects domestic tyre demand to increase at a CAGR of 7-9% (in units) between FY2022 and FY2025, aided by stable replacement demand, a pick-up in OEM demand and exports.

Exports, which constitute nearly one-fifth of the tyre industry’s revenues, grew by ~10% in value and ~8% in volume terms in FY2021 after a marginal contraction in FY2020. Healthy demand from top export destinations such as the US and the European nations supported exports in FY2021, primarily led by the agri-construction segment. Going forward, tyre exports are expected to be supported by increased acceptance of Indian tyres. Imports, on the other hand, declined by ~77% in volume terms and ~51% in value terms in FY2021 as the Director General of Foreign Trade (DGFT) placed all categories of tyre imports under the restricted category (against free category earlier), thus necessitating DGFT’s permission for all tyre imports.