India's coal production has touched 448 million tonnes as of October 2022, registering an 18 per cent growth 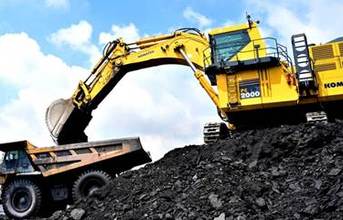 India's coal production has touched 448 million tonnes as of October 2022, registering an 18 per cent growth over the production of the corresponding period last year. That said, state-owned Coal India Ltd (CIL) too registered a growth of 17 per cent.

From the existing 30 million tonnes at thermal power plants in India, the Ministry of Coal plans to establish a stock of about 45 million tonnes by 2023.

The average number of rakes available each day increased by 9% in the first seven months of this year, allowing for the transportation of more coal and the accumulation of stockpiles at power plants. The Ministry of Power is also increasing rail-to-road coal transportation.

CIL has communicated quotas for the RCR mode of lifting to all the power-generating companies for the next eight months. This will help power generation companies plan transportation logistics.

Accordingly, the capacity of coal transportation to Paradip is being increased. It is planned to start the movement of coal for western coast plants through RSR by early next year. The government is planning to promote the transportation of coal through all three possible modes.

The Ministry of Coal is closely monitoring issues related to the production, transportation, and quality of domestic coal.