For his leadership in high-speed analog-to-digital converter design and calibration. 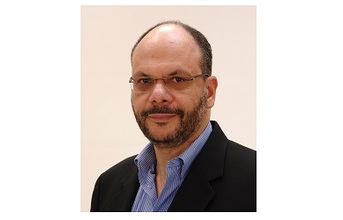 Analog Devices’ Technology Fellow Dr. Ahmed Ali has been named an IEEE Fellow for his leadership in high-speed analog-to-digital converter design and calibration. IEEE Fellow is the highest grade of IEEE membership and is recognized by the technical community as a prestigious honor and an important career achievement. The total number selected in any one year cannot exceed one-tenth of one- percent of the total voting membership.
“I am humbled by this recognition and honored to be elevated to an IEEE Fellow,” said Dr. Ali. “This is a testament to Analog Devices’ culture of innovation and leadership in the fields of high-speed data converters and digitally-assisted-analog algorithms. It is also a reflection of the outstanding and diligent teams at ADI that I have been privileged to work with on groundbreaking and successful products.”
Dr. Ali, who joined ADI in 2002, was named an ADI Fellow in 2015.  Based in Greensboro, NC, he has more than 50 patents and is the author of the textbook High Speed Data Converters. Dr. Ali  holds a Ph.D. degree in electrical engineering from the University of Pennsylvania.
END