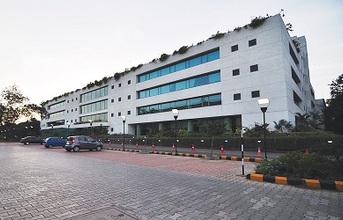 Plant-13 Annexe building of Godrej & Boyce has remarkably excelled by showcasing consistency in performance. Out of the 150 nominations, 50 were shortlisted for final evaluation out of which 15 projects have been awarded.

Godrej & Boyce Mfg. Co. Ltd., a Godrej Group Company, has created a new benchmark in the field of ‘Performance Monitoring’ of Energy & Water Systems in buildings. ‘Plant–13 Annexe Building’, a part of Godrej’s Vikhroli campus in Mumbai, is the recipient of the ‘IGBC Performance Challenge 2019 for Green Buildings - Excellence Award’.

The award celebrates operational efficiency of green certified buildings. Attaining a ‘Net Zero’ status is only the beginning, but maintaining it is a challenge. Plant-13 Annexe building of Godrej & Boyce has remarkably excelled by showcasing consistency in performance. Out of the 150 nominations, 50 were shortlisted for final evaluation out of which 15 projects have been awarded.

Plant – 13 Annexe is a multiple use office and convention centre  and over the years, this building has demonstrated the highest standards of performance. It has won many accolades including the ‘IGBC-EB Platinum Rating’ under the ‘Existing Building’ certification and the ‘BEE 5-Star Rating’ which further certifies the building to a ‘Minimum Energy Performance’. With the IGBC Net Zero Rating, the building has achieved a unique status of being self-sustainable by being fully powered by onsite and offsite renewable energy sources.

The award was a result of efforts put in by the Energy Conservation (ENCON) team and Green Building Consultancy Services (GBCS) team of Godrej Electrical and Electronics along with the Plant 13 Annexe Facilities team and Corporate Personnel & Administration team.

Speaking on the occasion, George Menezes, COO, Godrej Electrical & Electronics said, “Godrej has been at the forefront of the Green Building Movement right from 2004, when we set up the CII – Sohrabji Godrej Green Business Centre, the first Platinum rated Building in the country. There are more than 1800 green building projects in the country which are operational and today India stands tall amongst countries that have embraced sustainability. While many projects designed as green are in operation, there is now a dire need to sustain the benefits during the life time of the project. We continue to lead the industry in this space, testimony of which is our Plant-13 Annexe Building, which also has the distinction of being the first ‘Net Zero Building’ in the country under IGBC’s Rating System.”

The green building movement has made rapid advancements since its inception in 2001. Adopting ’green’ in all aspects of design and construction have been embraced by stakeholders such as architects, developers, MEP / green building consultants, builders, supplier and manufacturers.