Sandip Somany takes over as President of FICCI for 2018-19 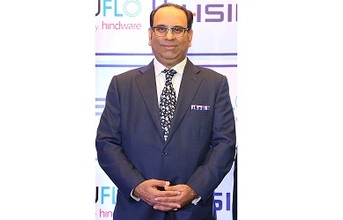 The Federation of Indian Chambers of Commerce and Industry (FICCI) has elected Sandip Somany, Vice Chairman and Managing Director, HSIL Limited as its President for 2018-19, after the conclusion of its 91st Annual General Meeting on December 14-15.

With this coveted industry acknowledgment, Somany will be working closely with Government and business leaders towards spearheading the country's economic growth and promote inclusiveness. He was previously working as the Senior Vice President, FICCI.

While Sangita Reddy, Joint Managing Director of the Apollo Hospitals Group has now been elevated as the Senior Vice President of FICCI for 2018-19; Uday Shankar, currently the Chairman and CEO of Star India and President of 21st Century Fox Asia-Pacific (Only Asia), who has recently been appointed Chairman, Star and Disney India, and President of the Walt Disney Company, Asia-Pacific, a role that he will take over after the takeover of 21CF by The Walt Disney takes place, has joined the FICCI leadership as Vice President of the apex industry chamber.

With this, FICCI's top leadership for 2018-19 represents a diverse expertise domain from manufacturing, healthcare and media & entertainment.