Lockheed Martin to deliver most powerful Laser to US Army

Completes the design, development and demonstration of a 60 kW-class beam combined fiber laser 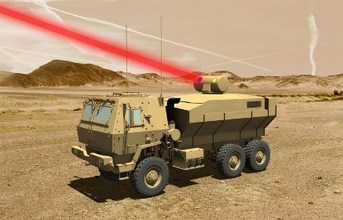 Lockheed Martin (NYSE: LMT) has completed the design, development and demonstration of a 60 kW-class beam combined fiber laser for the U.S. Army. In testing earlier this month, the Lockheed Martin laser produced a single beam of 58 kW, representing a world record for a laser of this type.

The Lockheed Martin team met all contractual deliverables for the laser system and is preparing to ship it to the US Army Space and Missile Defense Command/Army Forces Strategic Command in Huntsville, Ala.

"Delivery of this laser represents an important milestone along the path to fielding a practical laser weapon system," said Paula Hartley, VP, Owego, New York GM and Advanced Product Solutions within Lockheed Martin's Cyber, Ships & Advanced Technologies line of business. "This milestone could not have been achieved without close partnership between the U.S. Army and Lockheed Martin; we are pleased to be able to deliver this system for their further integration and evaluation."

Lockheed Martin's laser is a beam combined fiber laser, meaning it brings together individual lasers, generated through fiber optics, to generate a single, intense laser beam. This allows for a scalable laser system that can be made more powerful by adding more fiber laser subunits. The laser is based on a design developed under the Department of Defense's Robust Electric Laser Initiative Program, and further developed through investments by Lockheed Martin and the U.S. Army into a 60kW-class system.