In search of the Silver Bullet

Why On-Time Delivery in Manufacturing has remained elusive for several years? - By Satyashri Mohanty 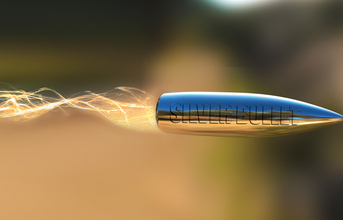 The gap in MRP (of ignoring capacity) was “plugged” by building in the module of capacity requirement planning – leading to invention of MRPII. After one has completed production schedules, a subsequent step of capacity loading can be checked.

With this step process, one could find out the over load and under loads on different work centers – which is not possible at time of initial rough cut capacity planning. However if the capacities were overloaded, one was supposed to adjust the demand, which in turn can create overloads in new set of work centers. This process was a near impossible task as the iterative loops can go on forever. The “closed loop” process of capacity requirements planning was only on paper – it never really “closed” in real life.

The step process of capacity requirement planning just indicated the load but the iterative adjustment of demand to remove the overloads was a laborious process due to the batch processing technology of MRP. 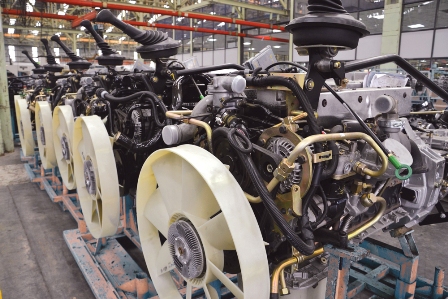 The capacity usage by loaded orders has
an impact on lead-time of new orders.

The “compromise” of accepting overloads at specific work centers discovered only in the execution was normal. However allowing perpetual loading on already over loaded work-centers can lead to a manufacturing system going out of control. Experienced managers have worked a way out of the conflict by using the concept of planning horizon.

Within a planning horizon, orders are not rescheduled despite the overloads at work centers. The correction happens at end of the planning period where pending orders, along with new orders, are considered for execution in the next planning period.

This was due to the fact that the latest knowledge of “spill-overs” of current planning horizon could only be known close to end of the period. So, planning for new horizon could be done when it had already started. Since it always takes time for raw material to be aligned to the new schedule in the new period, there is usually a drop in output in the first part of a new planning horizon.

The concept of continuous “rolling” plans invented to solve the problem never worked as many vendors/work centre managers did not make plans. They waited for the fixed plans of the month so that they could avoid manufacturing unwanted inventory.

If someone could find a solution to avoid the overloads, the problem would be resolved. The MRP II earned the stigma of assuming “infinite capacity”, and the “quick–fix” solution of capacity requirement planning did not help in any way.

(article continued on next page)

“The need to maintain high on-time performance can come in the way of ensuring maximum capacity utilisation from the critical work centers.”