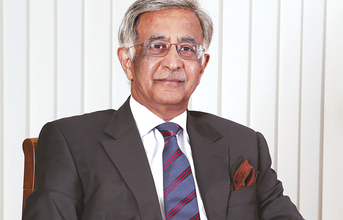 No entrepreneurial list would be complete – auto components or otherwise – without the inclusion of Baba Kalyani. If the term ‘living legend’ applies to anybody in this sector then it is him.

This mechanical engineer from the Birla Institute of Technology and Science (Pilani, Rajasthan), has single handedly transformed the Pune based Bharat Forge Ltd into a technology-driven global leader in metal forming. Today, BFL has trans-continental presence across eight manufacturing locations and serves a wide range of sectors including automotive, oil and gas, power, locomotive & marine, aerospace, construction & mining, etc.

Kalyani’s leadership and entrepreneurial capabilities have been instrumental in making Bharat Forge a world leader in the forging industry. Today, as part of the Kalyani Group – a US$2.5 billion conglomerate, Bharat Forge has the largest repository of metallurgical knowledge and is the largest manufacturer and exporter of automotive components from India.

Kalyani, who also has an MS in Engineering from the Massachusetts Institute of Technology, US, was one of the few Indian entrepreneurs to look beyond Indian shores at a time when most Indian manufacturers were happy in serving just the domestic market. Of course, it was anything but easy.

There was almost zero acceptance for Indian manufactured goods in the developed markets. But with strong perseverance and conviction, Kalyani stood his ground and won over customers with a stringent focus on quality, innovation and consistency.

In his own words, Bharat Forge has followed a step-by-step approach in building its business. “We first built an organisation on the foundations of cost, quality and processes and then leveraged the domestic market to build an export oriented global company.” We are now engaged in transforming into a global engineering conglomerate and an end-to-end service provider for customers in the automotive and non-automotive space.

Kalyani’s ‘look overseas’ strategy not only grew his business manifold but also safeguarded it during the recessionary cycles as it had diversified substantially to make up for the losses suffered in one market by making profits in another. Another reason why Kalyani has been successful in taking his company into the big league is because of his hunger for new technologies that made business more market oriented and dynamic. Currently, the Kalyani Group has joint ventures with leading global companies that include ArvinMeritor, Carpenter Technology Corporation, Hayes Lemmerz, Alstom, NTPC and David Brown Gear Systems.

A strong believer in giving back to the society and industry, Kalyani is the Founder Chairman of Pratham Pune Education Foundation, an NGO that is engaged in providing primary education to children belonging to under privileged sections of the local community. Since its inception in 2000, Pratham Pune has made a difference in the lives of over 150,000 children in Pune society. Kalyani is also steering a unique initiative to empower rural youth at a Taluka in Pune district by providing free technical and vocational training at a government Industrial Training Institute [ITI] that is being run as a Public-Private partnership. The pioneering model is being replicated in other parts of the country.
END