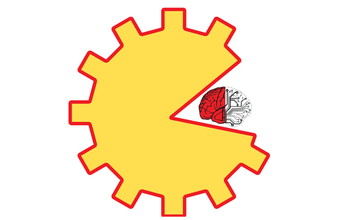 Manufacturing over the past few years has been focal to the government’s ambitions of making India an attractive destination for investment. Its much fabled ‘Make in India’ campaign has dedicated itself towards establishing the nation as a perennial powerhouse in the global manufacturing segment.
Today, India is the sixth largest manufacturing country in the world, with FDI (foreign direct investment) inflows touching $60 billion in 2016-17, the highest ever annual inflow. Its manufacturing sector accounted for just 16-17 percent of gross domestic product (GDP), a testimony of the nation’s untapped market potential.
Global manufacturing landscape on the other hand is rapidly being transformed by digital technologies such as the ‘internet of things’ and ‘robotics’ which collectively are being referred to as the 4th industrial revolution or ‘Industry 4.0’.
The term was coined six years ago in Germany from a national government project, which sought onto improving the computerisation and innovation of manufacturing in the country. Whilst the revolution that preceded it was all about automation of isolated machines, industry 4.0 concentrates on end to end digitisation of all physical aspects that make up the digital ecosystem.
This concept is the heart and soul of the smart factory which constitutes of real time connections between humans, machines and objects.
With the gradual shift in technology and internet penetration, the fourth industrial revolution is all set to ride the digital wave of growth and expansion, with automation and robotics at the heart of it. Although the very idea of automation has shaken some economies, because of the predicted disruption it will cause within the walls of the employment market, a much acceptable response for the same is ‘Robots should be able to do what humans can’t’. What industry 4.0 is essentially doing, is altering the cost of economics of manufacturing and competitiveness some countries possess due to the low cost of their labour. Large amounts of efficiency and productive gains are being realised through cost reductions, quality improvements and customisation.
At 27 percent, our nation stands slightly behind the global average of 33 percent in terms of level of digitisation encapsulated within its economy. However, India has a number of factors running in its favour which includes a huge growing market, large labour workforce with diverse skills, demographic dividend, R&D centres of over 1000 multinationals and the world’s third largest technology start-up base. These factors when merged with India’s advantageous ecosystem can have far reaching implications on productivity, employment and holistic well – being. They are leading to structural shifts in global manufacturing such as: blurring lines between products, services digital services have become the growth drivers for manufacturers across. The rapid growth of exchange of products on digital platforms such as Amazon is enabling the creation of a digital marketplace, which in turn is reducing the focused investment on individual asset supply chains.

India has the potential to become the digital factory of the world by being at the forefront of change and adoption of the global digital revolution. For that to materialise, the country needs a new policy to incentivise the adoption of such technologies and develop the infrastructural ecosystem whilst meeting the requisite skills gap, and ensuring employment for millions entering the job market.
The new facets of ‘Make in India’ should now focus on growing digital services. Worldwide the trade in digital services is growing faster than trade in goods and traditional services. The mass availability of devices with the capability of working under the concept of IoT and advancement within the sphere of 3D printing, is shifting the potential life cycle value from equipment manufacturers to service providers.
India is looking ahead towards capturing 20 percent of the $300 billion IoT market by 2020, as the value of digital services continue to bolster we will now have to leverage the advantage we have built globally within the IT sector. By reiterating the requisite set of skills and pushing them in the direction of areas such big data analytics and cyber security, will help us win a considerable pie of the global digital services and aid in digitising our economic and manufacturing capabilities.
END